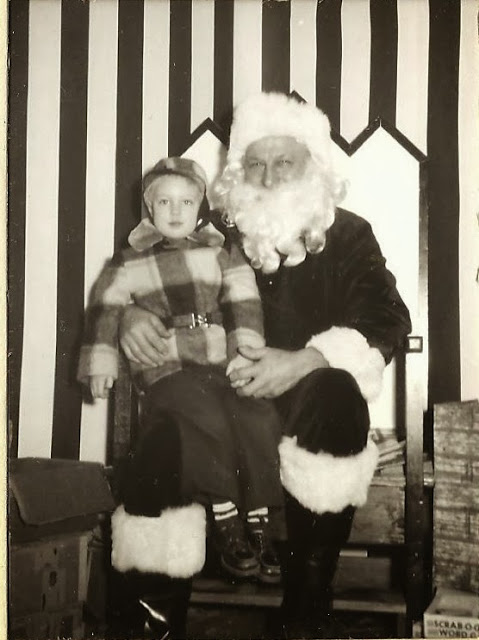 The above photo was taken when I had just turned three years old. I look older, because I was a very tall kid. My father wrote the date on the reverse side of the photo and he was never wrong. Trust me on that.

I was an extremely gullible child, and would have probably continued believing in Santa Claus well into my 40's - - if my parents hadn't dispelled the myth by telling me the truth when I was six. Yet, despite my gullibility, even at the tender age of three I was highly suspicious of this strange dude clad in a red suit at the local department store. Somehow, the booze on his breath and the unnervingly cold hands gave me reason to suspect that he wasn't the genuine article.

When I was four years old, one of my uncles - plied with too much Pabst Blue Ribbon and Christmas spirit - called us up and pretended he was Santa Claus. Still pathetically naive, I believed him and provided him with my wish-list of toys. Those were the days.

In later years my parents didn't really celebrate Christmas and I didn't really care. Even though my parents were complete opposites, they were in total agreement about their dislike of holidays, parties, and inane social gatherings. 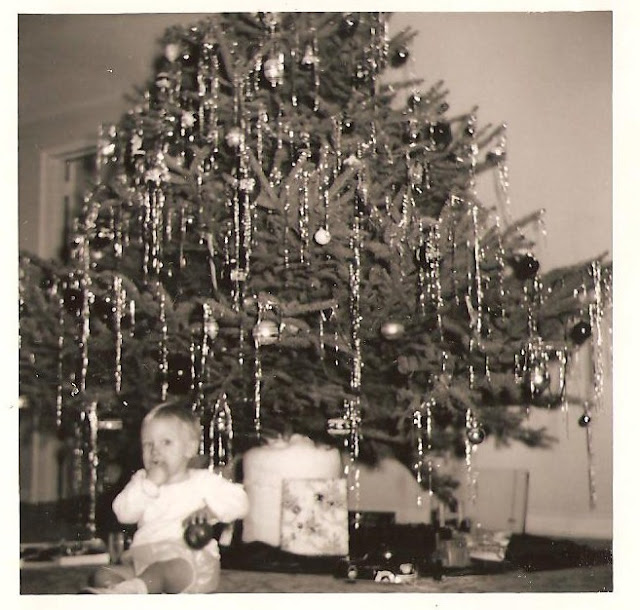 My first Christmas.
I had just turned one
(my BDay is Dec. 13) 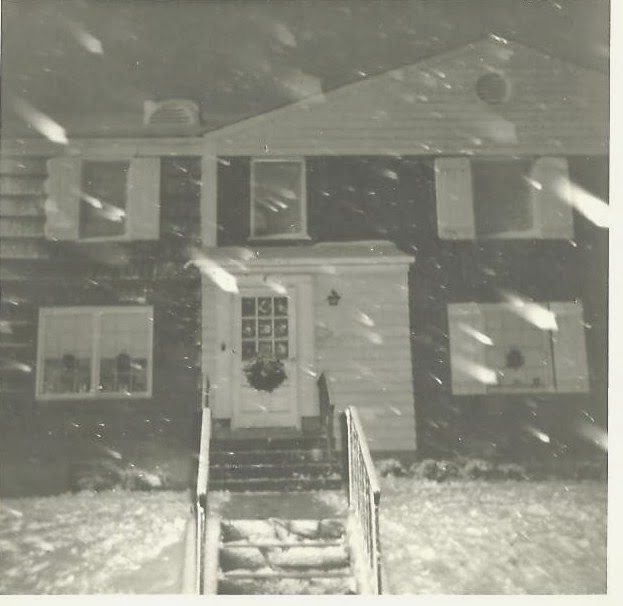 This is the house where we lived when I was one.
My father took this photo on Christmas Eve.

As for me - I abhor the mass commercialization of Christmas and the relentless brainwashing media agenda of forcing us to comply with it. It's an alarmingly hypocritical and pagan time of year. It  isn't the correct birth date of Jesus. Shepherds weren't abiding in fields in late December. And I doubt if all the blatant holiday ostentation and merciless materialism would have pleased someone so humble and unobtrusive.

How do you know Jesus really existed, Jon?

Hey, Bucko, don't give me the Leon Trotsky shit. How do you know Charles Darwin's monkey really existed?

You sound very bitter about the holidays, Jon. Where's your Christmas spirit?

Somewhere in the closet. With my alter ego, Scrooge.

Nothing sexual, of course.

I'm not really as bad as I sound. What I like best about the holiday season is the intense festivity of it all. I love the good food and colored lights, the scent of pine trees, the prevailing atmosphere of peace and joy. There is no real peace and joy, of course, but the temporary facsimile is intriguing.

So, what is my Christmas like? Well, I never send cards or buy gifts. And I don't do mega decorations. I'm not that daft. But I always used to have a garland and colored lights on the fireplace mantle. Now that I don't have a fireplace, I might hang garlands and lights on the cats......
......come to think of it, I might hang the cats with lights and garland.

It was a small attempt at humor.
Why isn't anyone laughing?

I have many bad memories of the holiday season, which is one reason why I'm not too thrilled with it. But that's another story for another time.

Whatever your beliefs or non-beliefs - -
Let the holiday season begin! 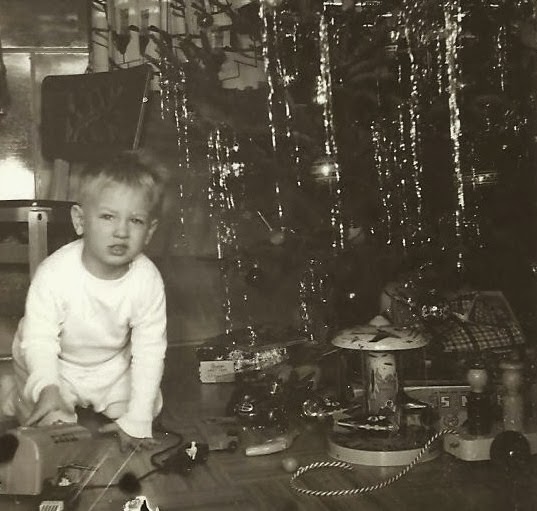 I was probably three in this photo (possibly four?).
I look kinda cranky, but then, I'm always cranky in the morning.