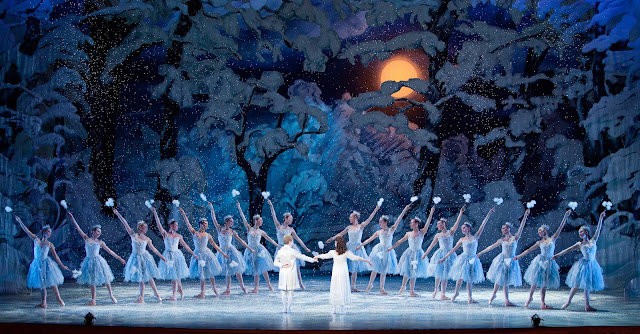 The holiday season is the time to unleash an annual barrage of seemingly endless productions of The Nutcracker ballet, courtesy of Russian composer Tchaikovsky. The Nutcracker has long been a staple of the Christmas season - - like uneaten fruitcakes and stale candy canes. Every wannabe dancer who can don a tutu and maintain a vertical position somehow manages to land a role in the The Nutcracker. The sheer amount of holiday productions is staggering - - from backyard regional poverty row performances to big city lavish extravaganzas.

Don't get me wrong. I absolutely love The Nutcracker. It contains some of the most delightful holiday music ever written. I never tire of it no matter how many times I've seen it - - but it has been done to death in more rancid productions than anyone cares to remember. Many performances seem merely obligatory, with no sense of style or imagination. The dancers mime their way through the synthetic snow with less enthusiasm than somnambulists.

In truth, despite the deliciously delightful musical score, there's not very much for the principal dancers to do. It's all visually pleasing, but you won't see any breathtaking balletic feats - - like the 32 fouettes that Odile sweats out in Swan Lake.

Fortunately, the music more than compensates for sparse virtuoso footwork. Tchaikovsky perfectly captures the magical spirit of Christmas Eve and the spectacular journey into a snow-drifted candyland dreamscape.

There are rare exceptions to mediocre productions. The 1989 Bolshoi production with revised choreography by Yuri Grigorovich is superb - - as are the principal dancers Irek Mukhamedov and Natalya Arkhipova.

I know the music by heart, having once been a ballet rehearsal pianist in L.A. I still have the musical score and still occasionally play the entire ballet on the piano. My cats are my sole audience and they refuse to dance. 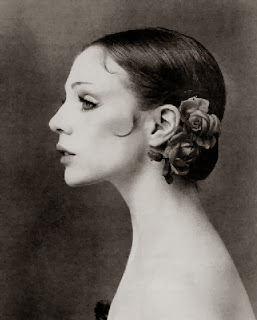 Gelsey Kirkland in her luscious prime

I've seen many live performances of The Nutcracker - - from Los Angeles to New York. My first was the 1977 American Ballet Theater production with Gelsey Kirkland and Makhail Baryshnikov. I was never a Baryshnikov fan, but at the time I was in love with Gelsey Kirkland. That was long before she eventually turned into a frumpy hag - - ravaged from too many drugs and far too many silicone injections.


The best Nutcracker that I've seen recently is Helgi Tomasson's  production with the San Francisco Ballet. It aired on PBS a few years ago and is still in their active repertoire. 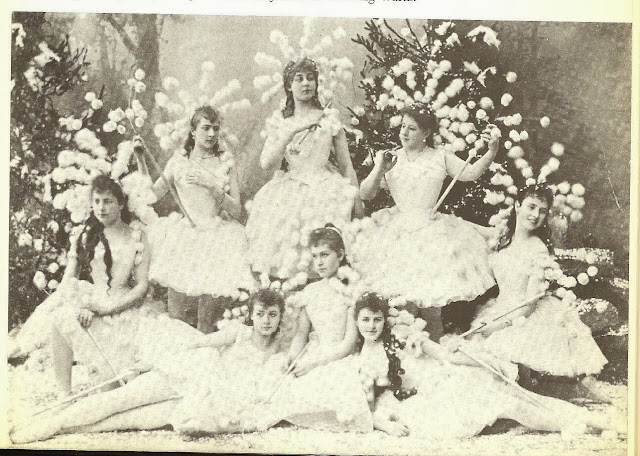 A photo of the original 1892 production of The Nutcracker.
Some of these "snowflakes" look slightly past their prime, and probably consumed too much bread with their borscht.

The premiere production of The Nutcracker took place at the Mariinsky Theater in St. Petersburg on December 18, 1892. The performance was less than successful - - very possibly because it was on a double bill with Tchaikovsky's uninspiring opera Yolanta. 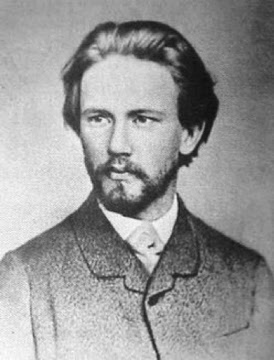 Tchaikovsky wasn't initially pleased with The Nutcracker, either. He felt that his two previous ballets - Swan Lake and The Sleeping Beauty - were far superior. In a technical sense, he was correct. He also thought that his creative abilities had fizzled. That's where he was wrong. The popularity of The Nutcracker has steadily increased through the years. The timeless enchanting music is synonymous with the holiday season and is endeared by balletomanes and non-ballet enthusiasts alike.