ROMANCE AND DEATH ON A WINTER NIGHT 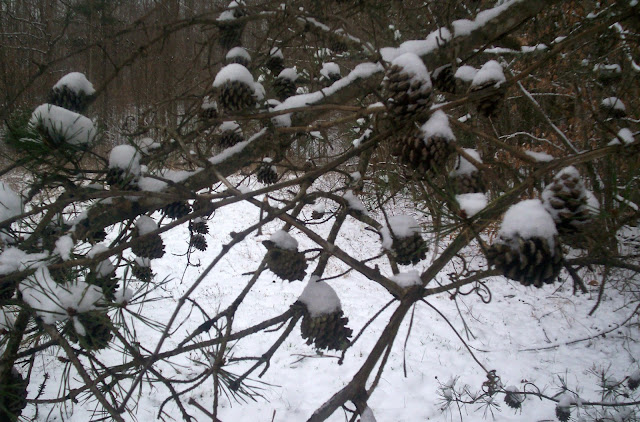 Snow again. Monday night, Tuesday, today. Finally dwindling to flurries this afternoon. Soft, wayward, drifting flakes. Annoyingly cold. My fingers and toes are numb. Everything is very still, except for the occasional squabble of hungry birds - and random, distant blasts from hunter's rifles.

It's 20 degrees (Fahrenheit) this afternoon. The nights are bitterly cold. This is the coldest house I ever lived in (ha, that's what I said about my Texas house, too). Bosco always sleeps under the covers, which helps keep me warm. 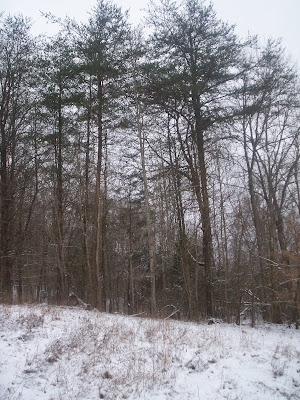 my back yard this morning 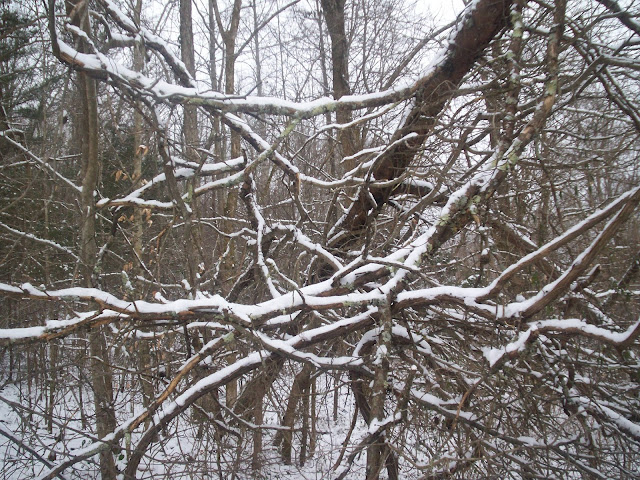 I summoned the courage to drive into town last Friday. Got groceries in anticipation of the predicted storm. Very early this morning I made soup from the turkey leftovers. I'm actually going to make two pots of it. I forgot to buy bouillon and V-8, which always enhances the flavor, but what the hell - I'm the only guest. And I never complain about my cooking. 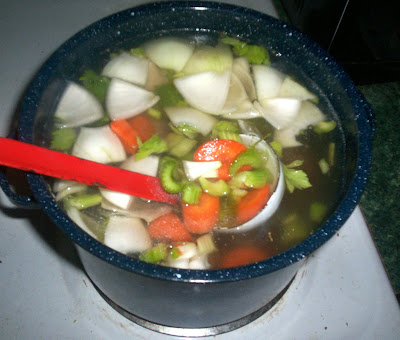 This is just before I started cooking the soup. Raw veggies and onions floating on top (it looks much better now...)

Had an unbelievably bad migraine last night. My vision was so impaired that I couldn't see. I get migraines frequently. My mother used to get them.
The migraine induced a panic attack. I'm miles from civilization. An ambulance could never get here on icy mountain roads.....
I'm really f***k up. Or screwed up. No matter how you look at it. 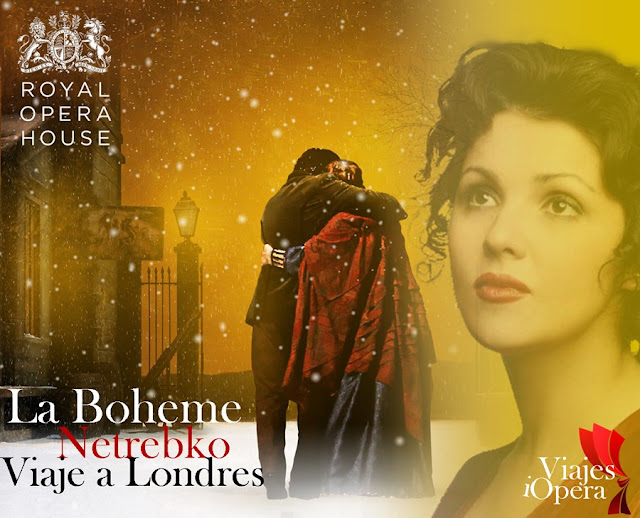 I immensely calmed my nerves by watching  a performance of La Boheme.
( a snowy, winter story of romance....and impending death - - what could be more appropriate on a frigid winter night?).
This was the 2009 film version, with Anna Netrebko and Rolando Villazon.
(it's available on YouTube)

Villazon is not exactly my favorite Rudolpho....
but Netrebko is exquisite as Mimi...I'm hopelessly in love with her.

And as for all of you little sniveling, nitpicking Netrebko critics - - you're just jealous. 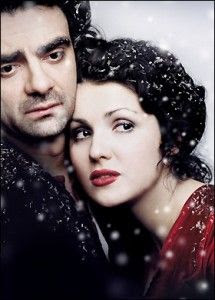 Here's an old, raw & unedited rehearsal tape of me playing shreds of music from La Boheme. (music by Puccini, in case you didn't know).
Taped in my San Angelo music studio on a broiling 110 degree (Fahrenheit) summer day.
I was way past my prime and hopelessly out of practice, but - what the hell.....