SLEAZY AFTER DARK (MEMORIES OF MELROSE) 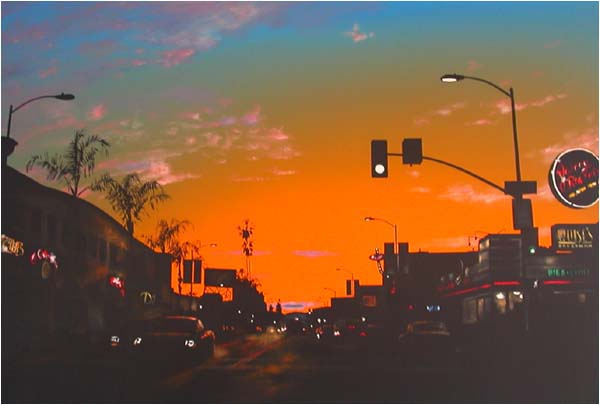 More of my Hollywood memories. A few parts of this might be offensive to sensitive readers (I thought that would pique your interest)


Melrose Avenue was just another nondescript L.A. street when I knew it in my youth. It runs parallel with Hollywood, Sunset, and Santa Monica Boulevards, but wasn't nearly as upscale or flashy. In more recent years, Melrose has been invaded by snake oil entrepreneurs who've opened semi-swanky restaurants and fancy boutiques with cutesy names that offer pricey junk. The new and "improved" Melrose has become a new wave shopping area and a touristy haven. 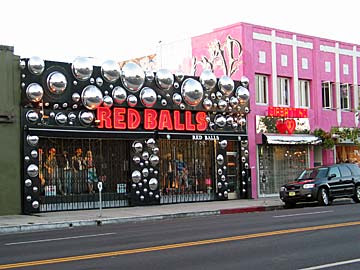 One of the many new cutesy-type shops on Melrose

I, of course, prefer the old Melrose Avenue that I knew - which was largely unobtrusive by daylight but offered  plenty of after-dark sleaze.

Paramount Studios is on Melrose - - almost unrecognizable with the tawdry Tinseltown face lift that it was subjected to in recent years. It seems to be only a paltry parody of the powerful studio it once was. I had a few jobs as an extra at Paramount. Nothing worthy of mention - but, what the hell. 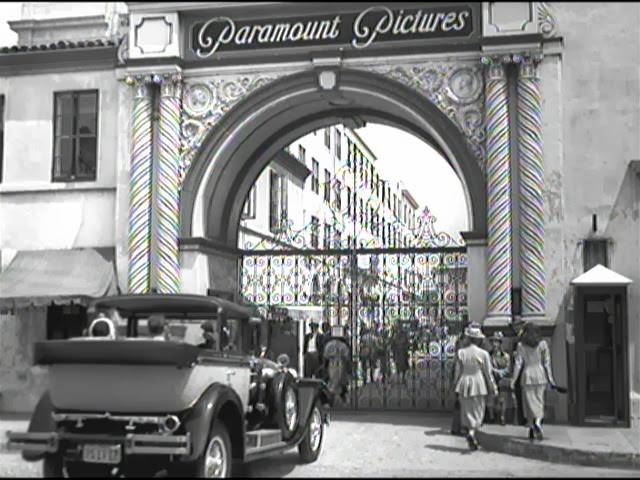 Paramount Studios in its heyday. That's the famous gate which was used in the 1950 film Sunset Boulevard, when Norma Desmond (Gloria Swanson) regally entered the studio in her 1931 Isotta Fraschini Landaulet limousine.

Incidentally, that phone booth (on the right) was there for at least 45 years and I used it many times (but it was a newer phone booth when I knew it).  I actually broke up with a lover on that phone. We had an after-midnight shouting match. 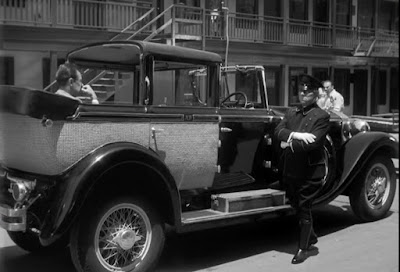 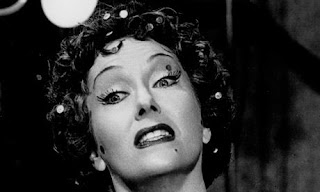 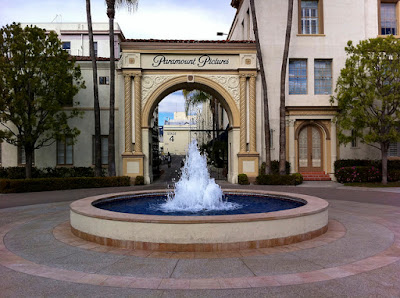 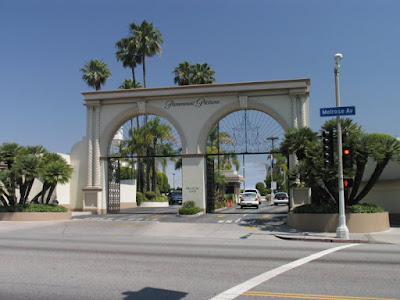 The famous Western Costume Company - outfitters for hundreds of films -  used to be on Melrose, adjacent to Paramount Studios. It's still in existence but has moved to Vanowen Street.

Directly behind Paramount Studios (actually on Santa Monica Blvd.) is Hollywood Memorial Cemetery - home of the deceased stars. When your contract is terminated at Paramount, they open the back door and dump you in Tinseltown Boot Hill.
In 1998 the cemetery was renamed Hollywood Forever Cemetery - which, in my opinion, is annoyingly tacky and tasteless.

Speaking of tacky and tasteless, I had a "romantic" midnight tryst with someone in the cemetery ( a live person, not a buried one) - - near the crypt where Rudolph Valentino is ensconced. We had to sneak in - - not an easy undertaking (no pun intended). 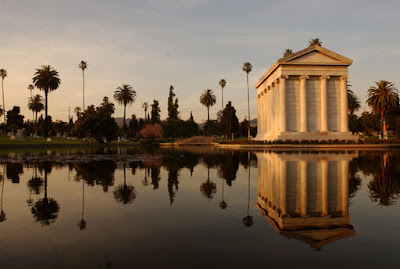 I'd love to detail what went on in the notorious back rooms of that theater, and reveal some of the people I met there, but it's probably best to save it for my memoir. Let your imaginations go rampant.

I will admit that I was there the night the Drake was raided. At least a dozen uniformed cops burst in, turned on all the lights, and scoured the place for illegal activity. Fortunately I wasn't doing anything illegal (not at the moment, anyway) and they let me go.
The raid happened at around 9:00p.m. If they would have waited until after midnight, things would have been very different.

An old ad for the Drake, long before it was gay
(and it wasn't air conditioned when I knew it)
It cost five bucks when I went there, and sometimes I'd sneak in the back door for free...

A few blocks away from the Drake was the Melrose Baths. It's still in existence, now totally revamped and known as the Melrose Spa. In my youth, it was probably the sleaziest bath house in Hollywood. The first time I ever went, it took nearly an hour - and a very generous supply of whiskey and malt liquor - before I could summon the courage to go in.

Melrose Baths
two doors
IN (left) and OUT (right)

I could tell about the after-midnight cruising areas in the alleys behind Melrose Avenue, and some extreme adventures that would boggle your baubles......but I think I've said enough for one post. After all, I have my reputation to think of. Even if it's already in shreds.

The few discerning people who read my free  blog are getting their money's worth. Think about that for a moment. It will eventually amuse you.

This is merely a very timid warm-up for my memoir. 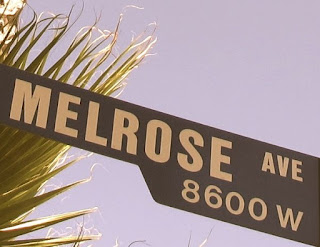