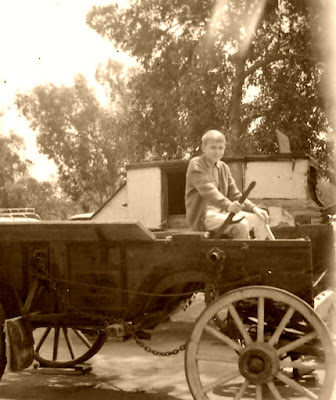 Perhaps I was more suited to drive a team of horses?
(age 13, at Culver Studios)

It's pathetically ironic that I'm afraid to navigate these winding Tennessee mountain roads on my excursions into town. I was raised in Southern California and lived there for thirty years. I thought nothing of piloting the endlessly sprawling, hopelessly intricate network of bumper to bumper freeways.

Of course, I was younger then......and naively fearless.....and breathtakingly reckless.

When I first started driving I was living with my parents in Anaheim (near Disneyland). It was routine for me to drive 40 miles to Riverside for my music lessons, or 30 miles to Hollywood for stints as a movie extra, or 25 miles to Pomona to visit old friends. Distance was all part of the game. 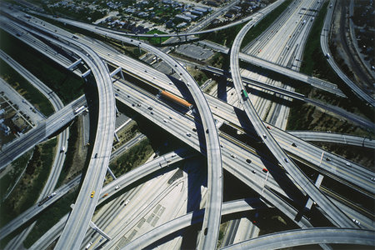 When it came to driving, I was a late bloomer. All my friends were getting their Learner's Permits when they were sixteen. My gut instinct told me I wasn't ready to drive at sixteen. I procrastinated for well over another year before I got behind the wheel.

The wheel I got behind was a 1962 Ford Falcon - Desert Tan, with bucket seats. My parents bought it when I was a small kid. 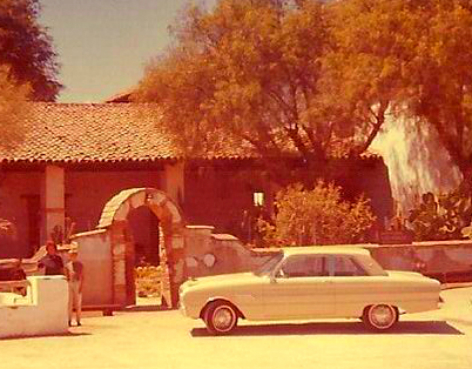 
My father initially tried to teach me to drive. This endeavor was destined to be a disaster. Our personalities not only clashed, he was ruthlessly critical and psychotically impatient. Things came to a head on Beach Boulevard - one of the most hectic streets in Orange County.
He started shouting at me about all the things I was doing wrong.

I stopped the car in the middle of the street, got out, and said "You drive!"
Then I walked home.
I regret my act of childishness to this day.

My mother - who had the patience of several saints - was my next driving instructor. Instead of utilizing the insanely busy streets of Anaheim, we went to the old, abandoned Riverside Freeway (which ran alongside of the newly constructed Riverside Freeway). It was a perfect place to learn driving skills. 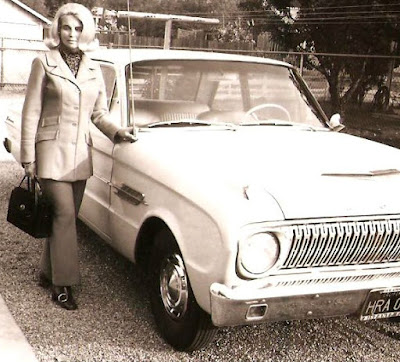 I flunked my first driving test. The minute I saw my instructor I knew it was inevitable. She looked like Jane Hathaway from the Beverly Hillbillies, only a lot more Butch. And she was utterly humorless.

The car stalled two times before we even got out of the parking lot, and I could tell by the impatient way she was writing on her clipboard that things weren't going to be in my favor.

Ford Falcons were notorious for stalling - no matter how adept the driver was. The Ford stalled for my father. It stalled for my mother. And now it was making a fool out of me, in front of my juror, at a most inopportune time.

"This car always stalls", I tried to explain. "It's part of the Henry Ford experience."

I managed to get onto the main street and began clipping it off at a pretty good speed. We cruised along for several minutes in blissful silence, and I thought I was doing reasonably well.

Suddenly - and completely without warning - she said "Turn left!"

I instinctively hit the breaks and turned so quickly and sharply that my companion was ejected from her seat (this was in the era before seat belts were required).

She emitted an unearthly Gasp! while dropping to the floor and clutching the dashboard for support. I'd never before seen such a genuine look of surprise on anyone's face.

After readjusting her thick glasses and  retrieving the clipboard, she began scribbling furiously. I knew she was signing my Death Warrant.

After grimly (yet somewhat gleefully) announcing that I failed the test, she icily told me that I should always keep both hands on the steering wheel when driving.

I went home with my proverbial tail between my legs, but also with a staunch determination to succeed. Within two weeks I was ready to try again. This time my evaluator was an old man (at least he seemed old to me).
Fortunately his personality was more amicable than Miss Frigidity had been.

I passed the driving test. And, I suppose, the rest is history.