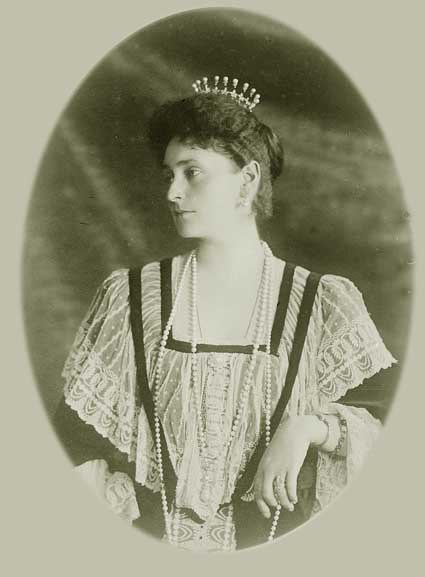 This video tribute to Alexandra was the very first video I ever made. I initially wasn't pleased with the results, but in retrospect it's not too shabby.
The music I chose is the hauntingly beautiful C# minor nocturne (posthumous) by Chopin.

Empress Alexandra loved music and was an accomplished pianist.


I've had a passion for Russian history ever since I first read Robert Massie's Nicholas and Alexandra when I was fourteen. I was spellbound by the breathtaking grandeur of Imperial Russia, and I was especially smitten by the love story of the Russian Nicholas Romanov and his German bride Alix (she became Alexandra Feodorovna in Russia). They were passionately in love and remained fiercely devoted until the day they died.

The only other royal couple I can think of who shared such a strong emotional and physical bond was Queen Victoria and her husband Prince Albert.  (ironically, Victoria was Alexandra's maternal grandmother). 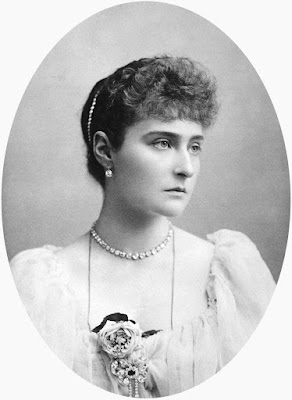 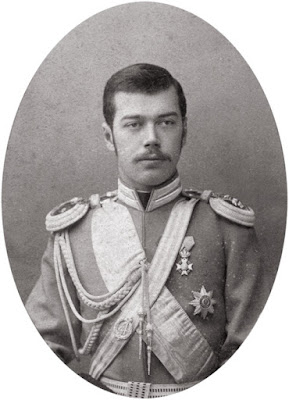 The story of Tsar Nicholas II and Tsarina Alexandra is as extraordinary and tragic as anything in the realms of fiction. The couple was completely devoted to their five children and had no desire to be the rulers of an empire. Nicholas became emperor at the age of 26, after the premature death of his father. He and his fiancee Alexandra were hastily married - - and the Russian people thought it was an evil omen for a marriage to take place so soon after a funeral. The couple were extremely ill-prepared to rule an empire.

Empress Alexandra is sometimes harshly regarded by historians and was definitely treated badly by the Russian people. Originally from Germany, she was regarded as an outsider by the Russians and this often generated suspicion and disdain. Later, during WWI and the Russian Revolution - when Germany was the enemy - she was despised and vilified, and was the subject of vicious untrue rumors.

When 22 year-old Alexandra arrived in Russia in 1894 for her marriage to Nicholas, she quickly had to learn the Russian language and customs, royal protocol, and - most importantly - the Orthodox religion. Her extreme shyness and nervousness were mistaken for aloofness and indifference - and later became the root of her many real and psychological illnesses and ailments. She never really connected with the Russian people.

As the granddaughter of Queen Victoria, Alexandra was no stranger to royalty, but England and Germany (the two countries where she was raised) were entirely different from Imperial Russia. Alix was only six when her mother (Princess Alice) died. One of her brothers, who had hemophilia, died at a very early age (astonishingly, he accidentally fell out of a window).

The foremost duty of a Russian Empress was to bear a son, as an heir to the throne. After giving birth to four daughters, the pressure to have a son became so overwhelming that she resorted to mysticism and the advice of numerous bogus "holy" men. By 1902 she was in such an hysterical mental state that she deluded herself into believing she was pregnant. In August 1904 she finally did give birth to a son, Alexei.

Unfortunately, Alexandra carried the hemophilia gene (inherited from Queen Victoria), which she passed on to her son. She not only felt profound guilt because of this, she was also completely obsessed with keeping her son's illness a carefully guarded secret. In frantic desperation to "cure" her son (or at least ease his suffering), she sought the aid of numerous self-proclaimed holy men, including the infamous Grigori Rasputin. Rasputin's mesmeric powers - whether false or genuine - often seemed to aid in the recovery of Alexei's frequent hemorrhages.  Her association with Rasputin was vehemently opposed by many, and eventually greatly contributed to the downfall of the Imperial family.

Despite being blessed with beauty, wealth, and privilege, Alexandra's entire life was tainted with tragedy. The final years were the worst - - the fury of the Russian Revolution, the forced abdication of Nicholas, and the eventual imprisonment of the family.

Alexandra, her husband Nicholas II, and their five children were executed by the Bolsheviks in July, 1918. She was forty-six years old. 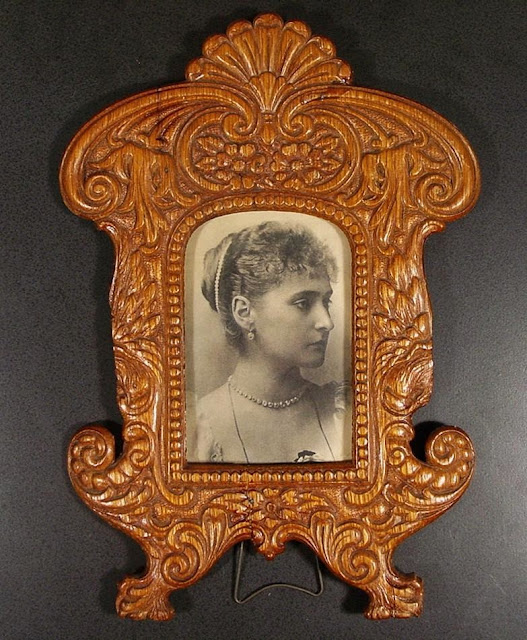 A photo of Empress Alexandra from my private collection,
in the original hand-carved wooden frame 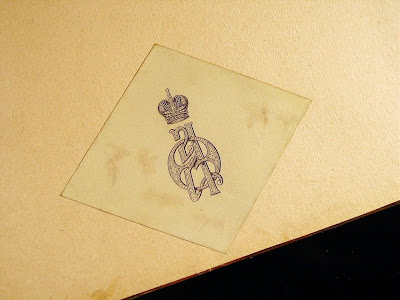 Alexandra's personal bookplate
also from my collection
﻿
Posted by Jon at 11:35 AM