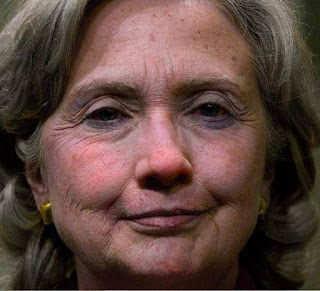 Warning: political rant
I never realized how many unhinged Hillary supporters there are until I wrote my previous post - - which innocently acknowledged that Trump won the election. I was compelled to delete numerous venomous comments that were intended to kill. Ouch.

Lighten up. As most intuitive people already know, I thoroughly enjoy irritating leftists, the politically correct, and the utterly humorless. It's one of the few pleasures I have left. I'm harmless, really. What I write can be taken with a grain of salt - - and possibly a Valium.
Your hostility only encourages me to do more.

I fully realize that the Hillary aficionados are in the throes of profound grief, despair, and bewilderment. And I feel your pain.

Take a deep breath and look at the bright side of the upcoming Trump presidency:

At least we know for certain where Trump was born. *smile*
He never attended a Muslim school or a racist church. Never hung around with radical anti-American extremists.

And.....
Melania will make one helluva hot First Lady.
(I knew you'd like that one!) 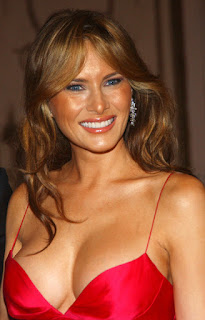 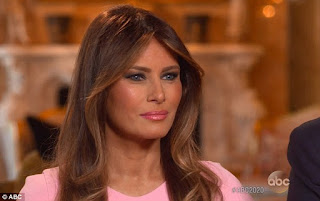 And what about Hillary?
Well, losing is never easy. Especially for a narcissistic pathological liar with sociopathic tendencies.

Face it - - as a president, she'd be lame. The woman always needs far too much assistance.

She desperately hung onto her perverted husband's semen-stained coattails to get where she is today.

She needs medical assistants to help her get up the stairs. 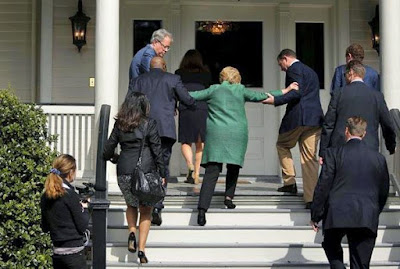 She needed help destroying her numerous servers and deleting hard drives and 35,000 emails.

And she needed the assistance of President Obama, Michelle, and a host of has-been rock stars to aid her in campaigning - and hopefully drag her across the finish line.

Deborah Wasserman Schultz and Huma Abedin Weiner would have helped Hillary campaign, but unfortunately they were busy.....
*smile inserted here* 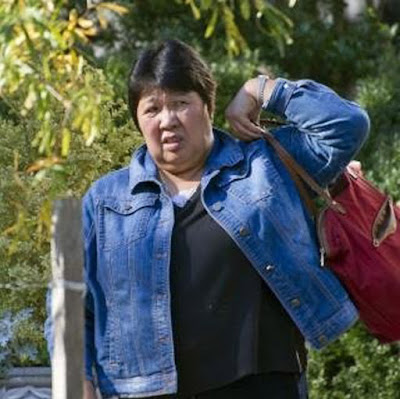 Ladies is pimps and psycho bitches, you got the shit that niggars die for, whites are vanilla wafers, mutha fuka, jigga my nigga

Those are some of the lyrics. And Hillary's praise for them was effusive.

You think Trump is a vulgar racist?? 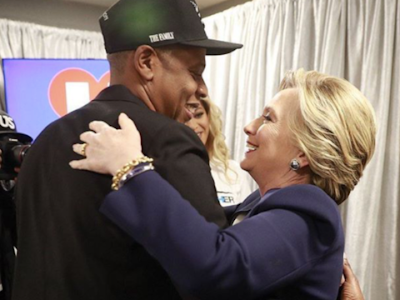 Let's talk about baggage. Hillary has more baggage than the LaGuardia luggage terminal on Chrismas Eve.
Here are a few of the Clinton scandals, just to refresh your memories:

You can believe all the biased media shit about how evil Donald Trump is. I'll gladly accept him any day as our president over corrupt Hillary.