For many years I'll Be Seeing You was Liberace's theme song. Personally, I was never particularly fond of the song but I wrote this shoddy arrangement to add to my midnight cafe repertoire (see previous post). It's definitely not one of my best arrangements.
Liberace used to sing while he played this song, which (in my opinion) made the song even more unappealing.
You can listen to my version with the complete assurance that I won't be singing.....
(this is an old recording - - audio quality is poor)


I was never a Liberace fan. There's something about him that always turned me off. Maybe it was that sickeningly saccharine effeminate stereotypical pansy-boy persona that he proudly exuded.
Maybe it was the fact that someone with minimal musical talent could rake in millions of bucks while true artists were starving.

By the time I was fourteen people were telling me "Wow, you play the piano better than Liberace".

Heck, I thought, I played better than Liberace when I was twelve.
Hey, I'm being facetious.

When I was sixteen, I saw Liberace give a live performance at the Garden State Arts Center in New Jersey (now the PNC Banks Arts Center).
My cousin Nancy and her (then) boyfriend George took me there.
BTW, that was the same summer that I had the wild adventure on the runaway horse which I wrote about on a previous post.

Liberace was a fabulous entertainer and put on a spectacular show. It was then that I realized what a fantastic showman he was. It wasn't his musical virtuosity that made him famous. It was his personality and stunning flair for showmanship.

As a courtesy to those of you getting bored, I'll attempt to Fast Forward.

I was twenty years old: perfecting my musical abilities, and slumming around Hollywood.

A Hollywood insider, whom I met at a club, told me:
"Why don't you send a music tape to Liberace? You're a talented pianist. Besides, you're exactly his type."

It's no Hollywood secret that Liberace enjoyed collecting Boy Toys. He was always looking for "talent", but most often wound up taking young - and hopelessly untalented - guys under his wing, showering them with gifts, and sometimes incorporating them into his Vegas shows.

It's also no secret that Liberace's sweet, innocuous public image was a farce. He was truly a nice guy - but in reality he was also somewhat of an aggressive wolf and a sexual predator.

Although contacting Liberace initially seemed like a good idea, my second thoughts were weighed down with heavy doubts.

For one thing, I definitely wasn't the Boy Toy type. I loathed Hollywood showmanship. I hated Vegas. And - even though I was admittedly a slut - the thought of ever having sex with Liberace was (to me) beyond the realms of revolting. 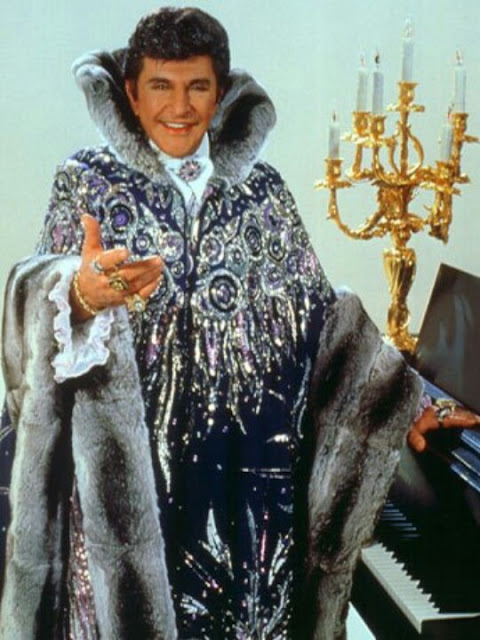 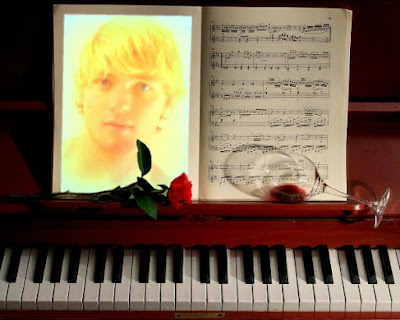 Despite my misgivings, the encouragement of my friends inspired me to bring a tape of my music to Liberace's agent.

Seymour Heller's office was on Sunset Boulevard. After reinforcing myself with a few drinks, I went there one afternoon. The grim secretary was a staunch and effective barrier between me and Lee.
"Liberace never accepts tapes from anyone," she told me.

I knew of a young woman who nabbed Liberace after one of his shows. She gave him a tape of her music and he in turn got her a job as a pianist in an Atlantic City casino. My Aunt Ann (cousin Nancy's mother) met her and confirmed the story.

Having no success with Liberace's agent, I decided to contact his brother George. George Liberace had an office on Hollywood Boulevard where he presided over a rather shady music publishing business. To be blunt, I soon found out that George wasn't exactly kosher. He had duped people out of money with false promises of fame, and was in legal hot water up to his nose.

It's several years later. An actor friend of mine invited me to a Beverly Hills party where Liberace was supposedly going to be one of the guests. I could bring a piano tape of my music and present it to him personally.

This potentially golden opportunity suddenly seemed more like a brash and tawdry exhibition. The more I thought about the idea, the more I was against it.

I didn't go to the party.
I missed my Big Liberace opportunity.
Do I have regrets?

I occasionally think about what might have been.....
but to be absolutely truthful, I'm glad I didn't go.

There's a lot more to these stories but I drastically condensed for this blog.