First of all, I finally opened my online Zazzle store
BUT
I'm still organizing stuff and making new products, which takes an annoyingly long amount of time
SO
I'll wait until my next post to write about Zazzle and provide information and a link to the store.

UNTIL THEN
I'll indulge in another of my usual haphazard (but immensely entertaining) rants.

Sleepless!
I haven't slept in about 48 hours. Despite being accompanied by my constant companion Insomnia, I drove to town today.
I felt like a zombie on quaaludes, but the drive was rather pleasant.

So what about the terrifying tea, Jon?

Two nights ago I was down to my very last teabag. Earl Grey tea. I prepared a magnificent cup - using evaporated milk (which I love) and honey. And I put it in my favorite Halloween mug. 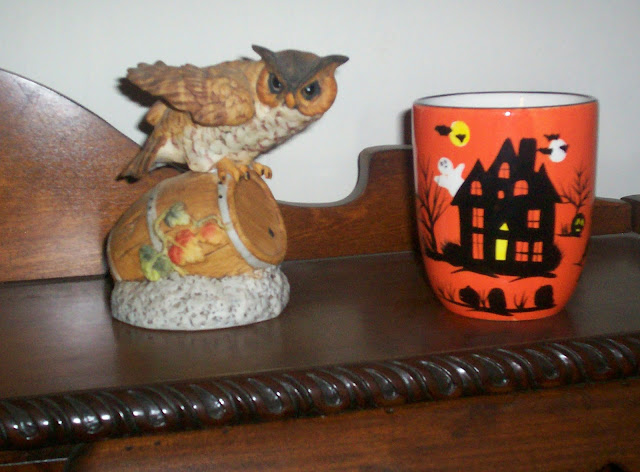 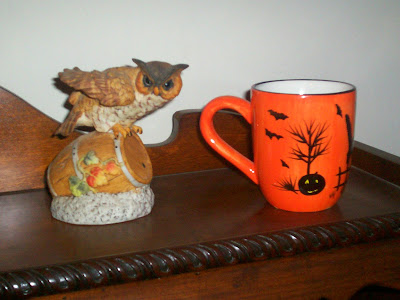 Trust me, Kemosabee. My life has been colorful. I've been around the block more times than a '57 Chevy.

Anyway, I was just going to sip the tea when a large ugly gnat dove right into it. It wasn't exactly a gnat - - it was more like a quasi fruit fly of undetermined pedigree.

So why didn't you just fish it out and drink your tea, Jon?

Fish it out??!!!??
Hey, despite overwhelming evidence to the contrary, I do have a sense of dignity. I'm not about to consume a beverage that was used as a sauna by an unidentified insect.

I dumped the entire cup of tea down the drain.

Is that the end of your story, Jon?

Hell, no. I didn't get to the terrifying part yet.
So I was in town today, doing my dreaded grocery shopping. The coffee and tea aisle was literally packed with the typical Walmart shoppers: busily talking on their cell phones, blocking the aisle with their (very) ample asses, gazing at the shelves in a mesmeric trance without any intention of ever moving.

All I wanted was a friggin' box of Twining's Breakfast Tea. I rudely reached over carts, baskets, loiterers, and ample asses - - and finally managed to grab the tea.

It wasn't until I got home that the real terror began. When I unpacked the box of tea I discovered that it's decaffeinated!!!! 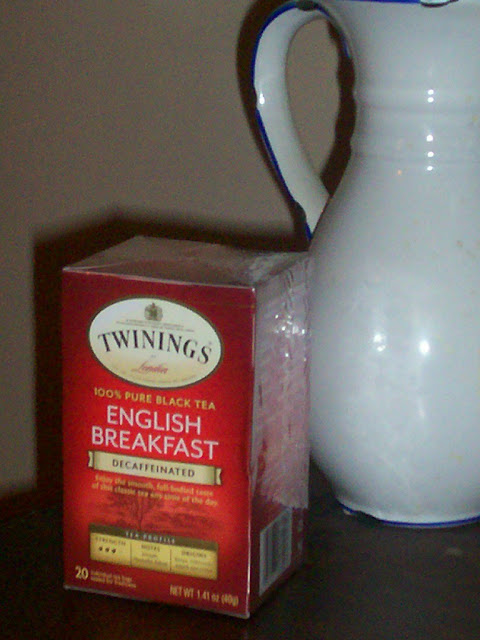 I despise anything decaffeinated. Hell, I crave the intense caffeine kick that I get from my cup of tea. Without it the tea is worthless and I'm lost.
A "normal" cup of tea is usually steeped for 3 to 5 minutes. I sometimes steep mine for 10 minutes or longer.

Unfortunately I'm stuck with the damn tea. There's no way I'm about to drive 6,000 miles back to town (slight exaggeration) to return the tea.

My next trip to town is planned (probably) for the end of the month - right before Halloween. I'll buy more tea then. And I'm going to check carefully for caffeine content before buying it.

Until next time, may all your pleasures contain caffeine. 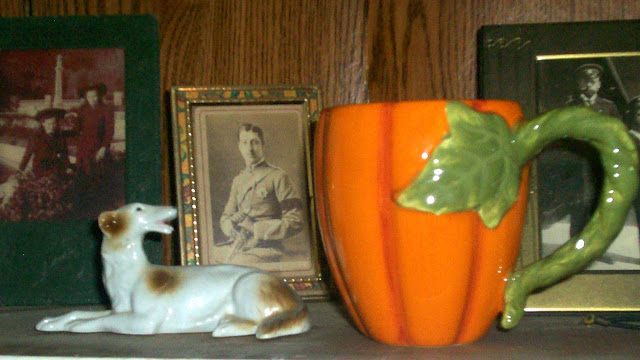 Another autumn tea mug (actually it's a soup mug) next to my antique Russian Wolfhound. 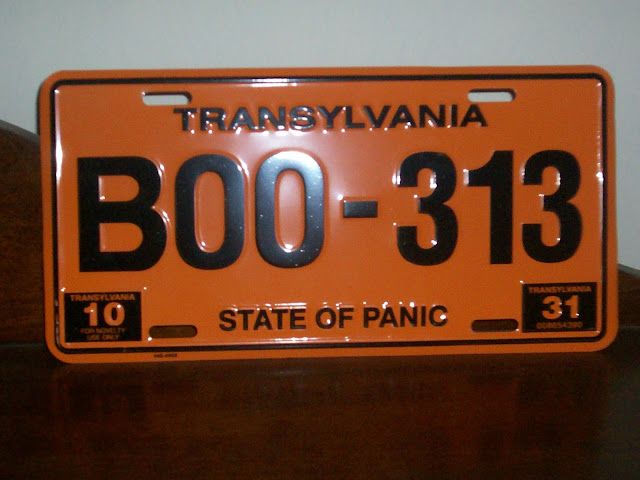 My license plate
(not really - - it's a fake plate)