I live near my cousin Nancy here in Tennessee. My mother Marie and Nancy's mother Ann were sisters. They were both born and raised in New Jersey. After they grew up and married, Ann and her husband stayed in Jersey. My parents moved to California.

Even though they lived on two different coasts, separated by three thousand miles, Marie and Ann remained extremely close until the end of their lives. They shared many uncanny similarities and tastes, almost as if they were twins (my Mom was nearly three years older than Ann).

I am haunted by the extraordinary fact that, being so close in life, they also share the same date of death: December 7th.

I'm certain this is more than coincidence.

One of my favorite photos -
Ann is on the left. My Mom is holding Figaro, the family cat. 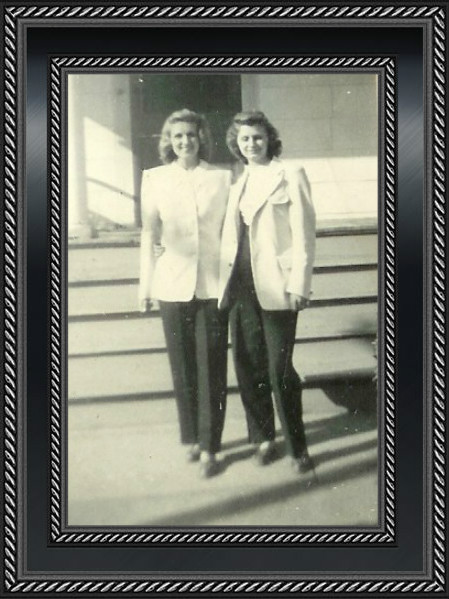 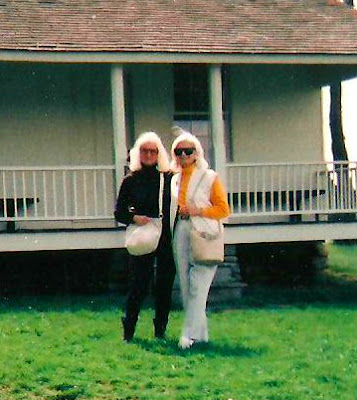 Nearly fifty years later -
the last photo ever taken of Mom (left) and Aunt Ann together. I took this in 1995.

It's now been a decade since my mother died. December 7, 2009. It seems like a thousand years have passed, and the memories are merely the dusted shadow of a dream.

After my father died in 2005, I stayed with my Mom (in Texas) for the last four years of her life. I don't regret a moment. It was a peaceful, reflective time. The only true peace either of us ever had.

When I look at the old photos of my Mom, it tears my heart to shreds - knowing how much physical and mental abuse she endured from my violent father. Things so unspeakably horrifying that I could never force myself to write about them. Nobody knows but me.

Our mutual fight for survival drew us together and neutralized the ongoing (endless) nightmare.
I admittedly wasn't always the best of sons. In my wild, destructive, frighteningly reckless youth I caused her more than enough anguish.

But she listened, understood, forgave, offered advice, very often rescued the ravaged shreds of my existence from the brink of oblivion. She was my anchor in a sea of chaos.

It's no exaggeration to say that my mother was brilliant and beautiful. She was an extraordinary pianist and my first music teacher. She was a voracious reader, had an insatiable quest for learning, and loved the arts as much as myself.

I've said enough; perhaps too much. I'll only add that I miss her. 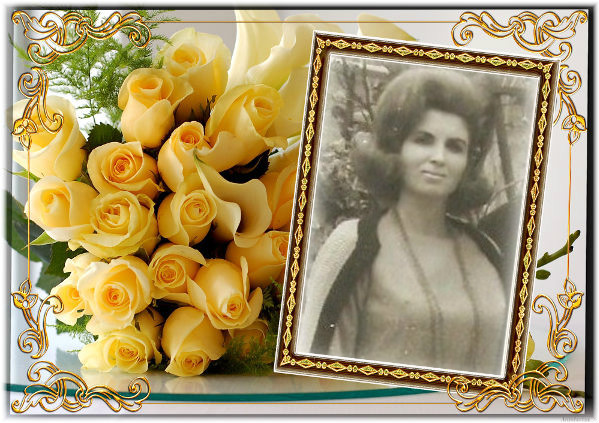 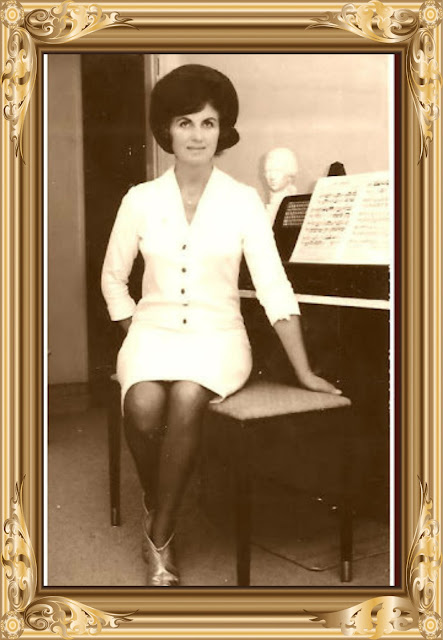 with her hair dyed dark brown 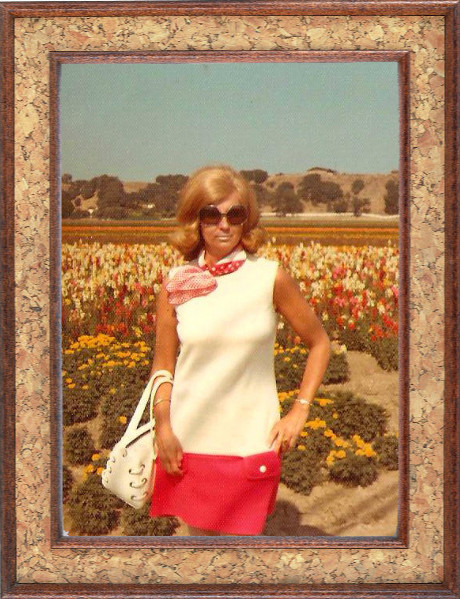 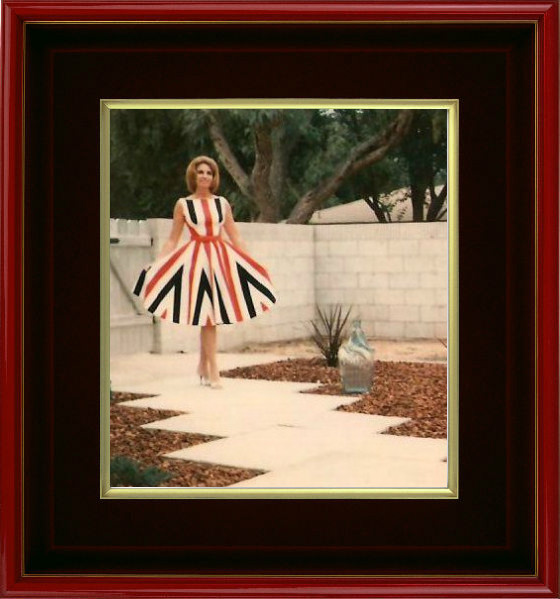 This was my Mom's favorite photo of herself, taken when she was about 40. She's wearing a dress that was especially designed for the Miss Universe Pageant.
One of my cousins (a former Miss Arizona) was in the Pageant (I forget what year). Afterwards, she gave some of her Miss Universe wardrobe to my mother because they wore the same size.

Email ThisBlogThis!Share to TwitterShare to FacebookShare to Pinterest
Labels: a private remembrance 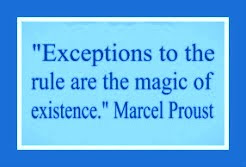 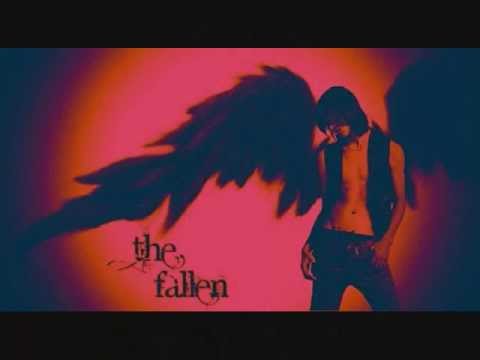