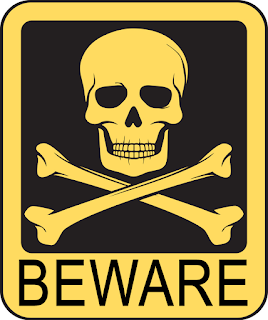 Stand back, boys and girls, and keep a safe social distance away from me! I'm really riled and ready to rumble.

Remember two weeks ago when the cops were arresting people for going to church......or swimming in the ocean?

Remember when people were being cited by the Law for playing ball in the park....or playing with their children in their own back yard?

Isn't it infuriatingly ironic
that suddenly the Big Bad Pandemic is COMPLETELY FORGOTTEN
and the authorities are looking the other way while rioters are raging through our cities - - and looting, arson, violence, and destruction are rampant?

On a bright and positive note, most of the thugs and cretins are wearing MASKS...

....but, they don't seem to be practicing social distancing while indulging in mass mayhem.

A 77-year-old man is arrested for opening his barber shop during the pandemic lockdown.

Thousands of "protesters" (as the media proudly calls them) can ransack businesses and burn buildings while the authorities politely pretend it isn't happening.

What the hell is going on in New York with Governor Cuomo and Mayor de Blasio??

De Blasio is sitting on his ample ass, twiddling his idle thumbs while the entire city is being ransacked and destroyed.
He wouldn't want to hurt the criminal's feelings by having them arrested.

He's undoubtedly eagerly waiting for the Empire State Building to topple, so he can blame it on President Trump.

Governor Cuomo preens and pontificates at those endless televised news conferences, but he's all talk and no action.

Remember - during the threshold of the pandemic - when he was whimpering and whining and begging for zillions of ventilators, masks, hospital beds, and
ships (yes, SHIPS) converted into hospitals?

President Trump promptly and generously gave him everything he needed......including ships...
AHOY, MATEYS!

Turns out Cuomo didn't need a fraction of the expensive booty he acquired - - and the ventilators, masks, and hospital beds are now in storage...or being sent to other countries.

God only knows where the ship is.

Congratulations, New York! You are  only one of the completely disastrous states run by Democrats.

After three long months, Joe Biden has finally crawled out of his basement bunker - - just long enough to put on his obligatory Plague Mask and blame President Trump for causing the riots and rampage.

His keepers plied him with meds, propped him up, pointed him toward the teleprompter, and fervently prayed that he could get through his five minute speech without forgetting where he was  - or who he was - or what country he was representing.

President Trump dared to walk over to St. John's Church.....while holding a Bible!!!

Big Bad Orange Man actually had the unmitigated gall to push the poor little peaceful "protesters" aside - -
SO HE COULD HAVE A PHOTO OP AT THE CHURCH!!

What should we do, America?
Spank him?
Slap him?
Hang him?
Impeach him??

You can damn well bet that the Democrats are planning to impeach him for this outrageous act of high crimes and treason.

And possessing a Bible might be grounds for an execution.


Okay, Jon, you've just made a complete jackass of yourself by publicly venting your frustrations.
Do you feel better?

Hey, Comrade , ya know what will make me feel better?
The next time I see another pompous Prissy wearing a friggin' Plague Mask, I'm gonna rip it off their face and shove it where the sun don't shine.

Their ass will be wearing a mask.


Comments? Why the hell would I want comments??

Note:
I accidentally pressed the "Publish" icon before this post was finished or edited.  I had disabled comments, but somehow one comment got through.
Anyway, thanks for your comment, Myra!