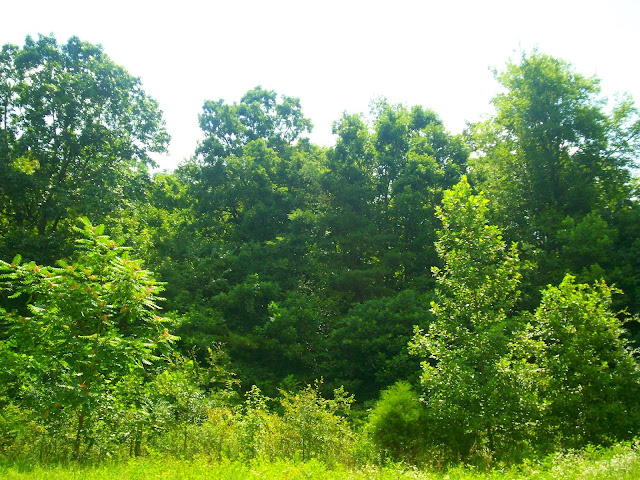 It's Sunday and I think I'm surviving. Hence, the title.

I felt extremely sick last night: dizzy, listless. I don't know if it was due to heat exhaustion or those outdated eggs that I ate on Friday. Whatever it was, I was doing a reasonable imitation of Camille's final scene in La Traviata.

I can now fully sympathize with all of you people who've been complaining about the summertime humidity. It is intensely humid here. With the usual daily thunderstorms, of course. I think it's even more humid than Missouri - - and I always thought  the Ozarks was the most humid place on earth.

Can wicker furniture be painted? I wanted to know.

A demonstration video was provided to establish the fact. The young woman in the video was a Paris Hilton lookalike - attired in a Gucci sun suit, and armed with an array of Martha Stewart paints and supplies. Brushes in various sizes, brush cleaners, specially designed cloths for easy cleanup, sheets of plastic to protect the ground, fancy work gloves, goggles to protect the eyes, and a well-lighted, well-ventilated room. She paints the wicker chair perfectly, without spilling a drop.

I'm going to paint an ancient wicker bookcase, which should have been thrown out fifty years ago. I grab half a can of old yellow paint and a battered paint brush that has already been used three dozen times. I drag the bookcase out onto the back porch.

Despite the intense heat, the 250% humidity, and swarms of angry & aggressive killer wasps, I manage to slop a full coat of paint onto the bookcase.

If nothing else, it improved the drabness of the wicker. It still needs another two coats of paint, but I can do that later.

First coat (needs a few more)
looks like hell in the photo but looks a little better in real.

Heck, I'm an unoffensive guy. Most of the time.

One final word - about my cats. I always seem to be unduly upset when Scruffy (my wild feline child) escapes from the house. Many of my friends have cats that they let outdoors. A few people have suggested that I should let my cats outside.

All of my cats are kept indoors mainly because I want them to be healthy. If they run wild outside - especially here in the woods - they will become infested with ticks, fleas, and other undesirable creepies.That's why I panic every time Scruffy gets out.

I also worry about the wild animals. The other day Scruffy went under the back porch and the 'possum chased her out.

The 'possum still resides under the porch and still tries to get inside the house via the clothes dryer vent, but I have it blocked so his efforts are thwarted. 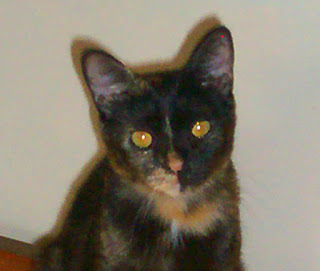 
link to
Cabinet of Curious Treasures

P.S.
A private note to MS MARTYR :
Farley Granger was gay but Johnny Weissmuller was straight - - so, you can confidently keep your crush on Tarzan (*smile*)