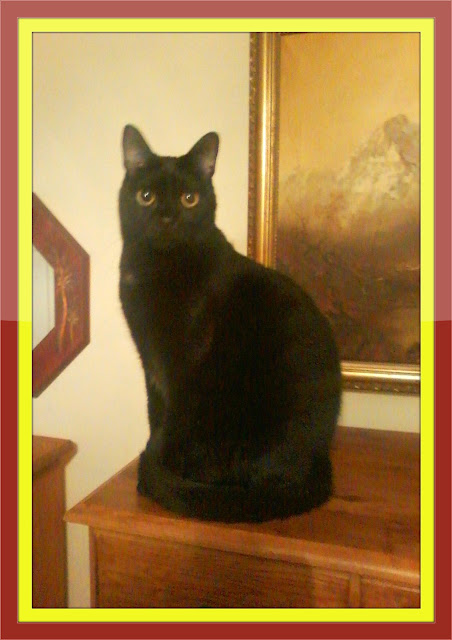 Bosco is the star of my story
but not the hero

I've often said that I never have to fabricate stories for my blog because fact is more interesting (and stranger) than fiction. I have a prime example to tell today.

Come to think of it, my entire life has been filled with bizarre stories. I am either the unfortunate victim of an irreversible evil curse, or I was simply created for the amusement of the Gods.

It's never my deliberate intention to drag out stories to agonizing lengths, but I probably will. Please bear with me.

I've had a hectic weekend, bordering on rotten. Despite living here for a year (I moved in on Thanksgiving, 2014) I'm still very unsettled. There's a heckuva lot of work yet to be done and I'm extraordinarily slow at tackling it. Life in the wilderness is wonderful, but MUCH more trouble than my city-boy mentality ever imagined. I also have health issues that I never mention in my blog (it's extremely unbecoming to bitch)
and....I'll admit it.....
living with three feisty cats in a small place ain't easy.

Cut to the chase, Jon.


Okay, I crawled into bed somewhere around dawn. Bosco (my male cat) always sleeps on my bed. No problem. When Bosco's not sleeping, he loves to sit atop the tall chest of drawers next to my bed. It's his favorite place to be.

His habitual way of accessing his favorite perch is to leap onto the headboard of my bed and then jump up onto the chest of drawers. He always does this gracefully and effortlessly. 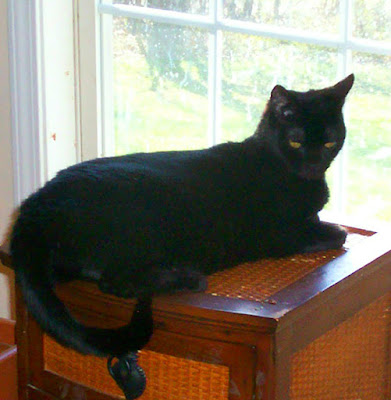 Bosco and his big ass

This morning he encountered a problem. Major malfunction.

I had just drifted off to sleep when Bosco attempted his Nijinsky leap. He missed the headboard and landed directly (and I mean DIRECTLY) on my face. He panicked, tried to scramble, and crashed into my face again.

I initially didn't know what hit me - but I literally saw stars and birdies. It was like a knockout punch in the third round. Bosco is very heavy and his claws are razor sharp. He ravaged the entire left side of my face with his claws.

One of his paws gouged my left eye and I truly thought he ripped my eyeball out.

I stumbled to the bathroom, trembling and scared witless to look in the mirror.
Bosco did one helluva number on me.
The entire left side of my face was covered in blood. Blood was in my left eye and oozing from my mustache.

It took over half an hour for me to staunch the blood and assess the damage. My eye was okay but there are two vicious cuts a fraction from it - one above and one in the corner.

All in all, I have seven (count 'em) nasty gashes on the left side of my face. I look like the loser in a barroom brawl. My face hurts and burns but at least I still have my eye.

Holy shit - - it will take some time to heal.

I wasn't angry with Bosco because he didn't intend to do it. He was actually as shocked and surprised as I was. Bosco is a very gentle and timid cat. He simply lost his footing (perhaps he needs glasses?).

I'm always amazed at how big and heavy Bosco is. I had him (and Scruffy) since they were first born - and both kittens were so frail and sickly that I doubted they would live.

Hopefully this bizarre and ugly incident will never repeat itself. Perhaps I should wear a hockey goalie mask when I'm sleeping. 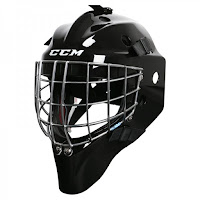 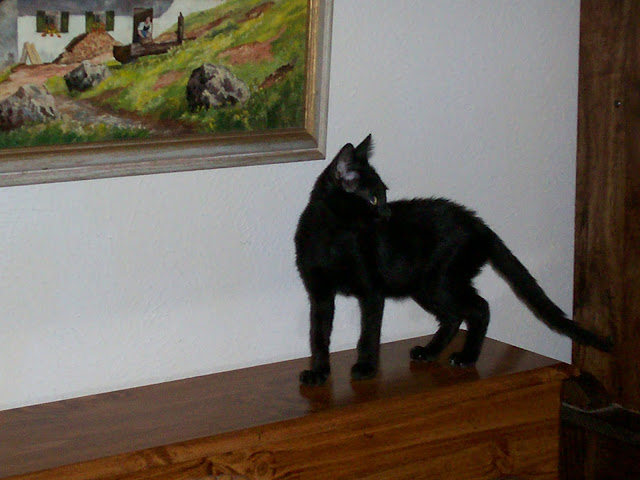 Here's Bosco when he was a tiny sickly tyke in Texas. Ironically, he's standing on my bed headboard - - the same one where he attempted to make his flying leap this morning.