MUSINGS ON A HOT AFTERNOON

I should be. I was taught by masters.

People who know me well, know that my bark is worse than my bite. Sometimes.
I actually prefer to purr - - but occasionally a bark is necessary.
WOOF!

Major Tennessee heat wave has arrived. Accompanied by humidity. 90 degrees outside (Fahrenheit). 475 degrees in the house. The luxury of having central air is gone. I now have three ceiling fans and two floor fans.

There were two window air conditioners here when I purchased the place, but I removed them because they're so ugly and cumbersome. One of them weighed about three tons. 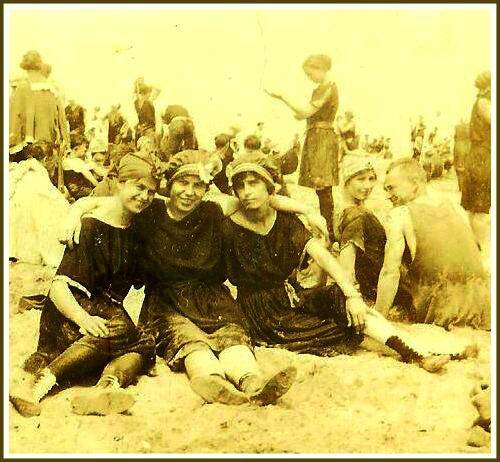 Keansburg, New Jersey, 1918
The woman on the right is my maternal grandmother Anna. The other two women were friends. 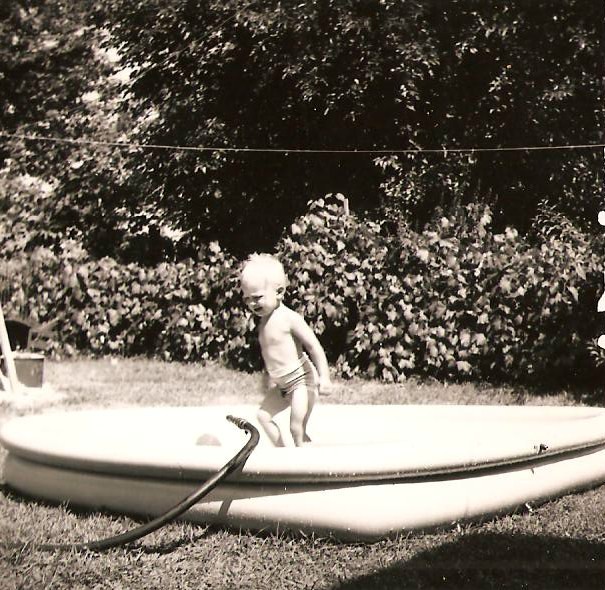 Me in a Bakelite pool. That pool was bright yellow and had a blue fish pattern on the bottom. Hopefully the wire hovering above me was for hanging clothes - and not electrically charged.

I remember that day vividly because I was stung by a wasp. The wasp was skimming the water and I foolishly reached out to touch it.

This story coincides with what happened yesterday. After living in the wilderness sting-free for two and a half years, I was stung by a wasp yesterday. I was out on the back porch and a wasp nabbed me on the right knee. I was wearing shorts.

I only wear shorts at home, never in public. I don't want to scare anyone. I haven't looked good in shorts since I was two or three. 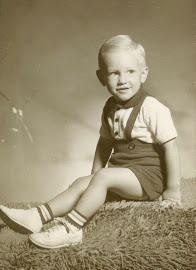 We've seen that photo many times before, Jon.

Well, you're seeing it again.
I don't have any current cheesecake photos of myself.

The wasps are making nests everywhere around here. I counted eleven of them this morning.

One nest was under the swing on the front porch. I sat out there one evening and the wasps kept attacking me. I pulverized the nest today. 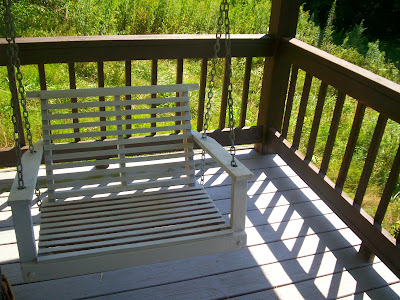 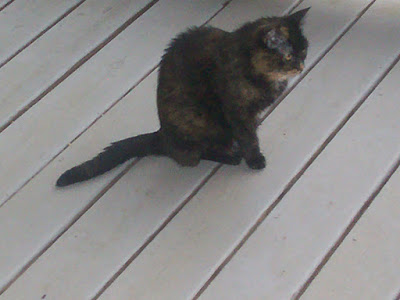 Scruffy is feeling better and ventured out on the front porch today. 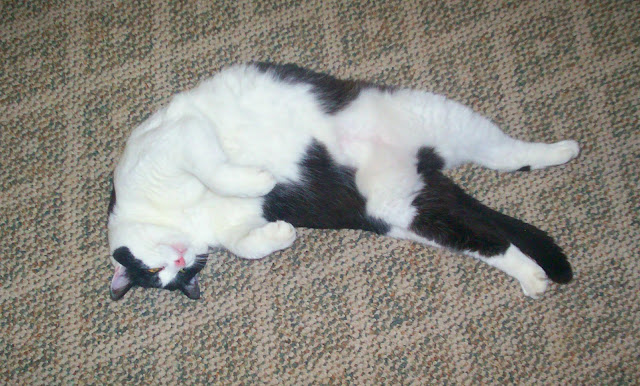 Scratch (Kitzee) this afternoon, trying to beat the heat. 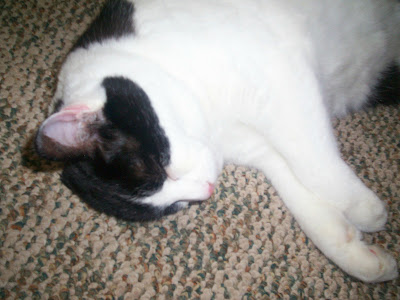 I'm presently reading Lawrence of Arabia by Jeremy Wilson. If you can get past the excruciating introduction, you're home free. Only 1180 pages to go.

I keep this volume by my bedside at night. I could easily use it to kill an intruder.
Posted by Jon at 5:55 PM