FIRST WALK IN THE WOODS 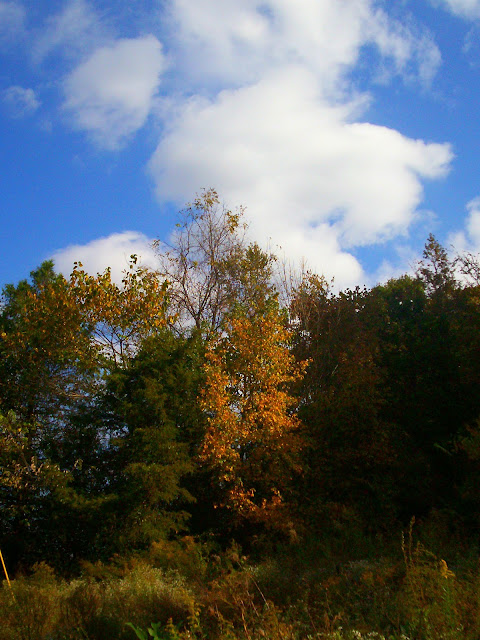 Actually, it's my first forest walk of the autumnal season. There's not much to see in the summer - except eternal greenery, bugs, spider webs, moss, and snakes.

Now that it's autumn, the only thing I have to fear is being shot by a hunter - - or intimidated by a ghost.....
The autumn foliage isn't at its glorious peak yet, but it's such a beautifully warm day that I was inspired to get up off my sedentary ass and wander.

I didn't really wander too far at all (only on my property), but it was enough to absorb the essence of my surroundings.....whatever that means.

I have several Halloweeny-type posts lined up, but decided to do a few photo posts first - - in order to disarm you with my charm and photographic expertise - - and hopefully to expunge the bitter taste of my recent political rants.

I'm actually a harmless sweetheart, but there are a few clueless souls who don't realize it (I'm writing this accompanied by a wry smile).

This has been a fairly good week, by my standards. On Tuesday my cousin Nancy drove me into one of the big cities (big meaning population over 100....just jesting...). We visited a huge bookstore and later had a fantastic dinner - which we both deserved.

On Thursday I drove into town to get much-needed supplies (photo documentation on my previous post).

Here are some of the pics I took this morning. 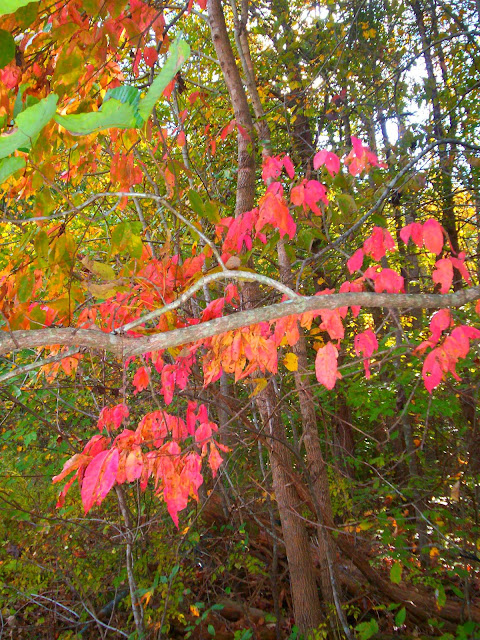 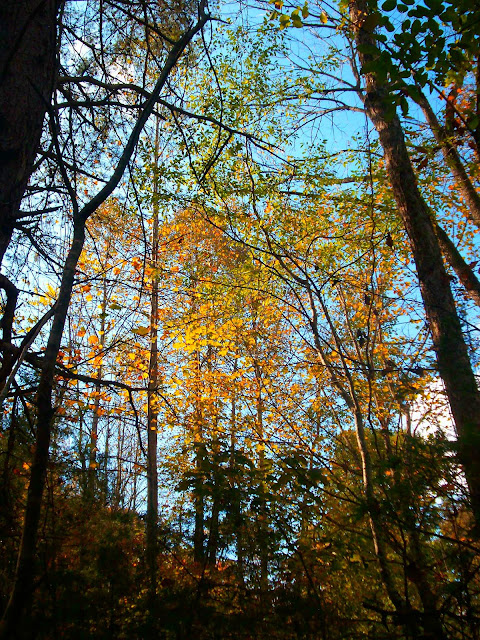 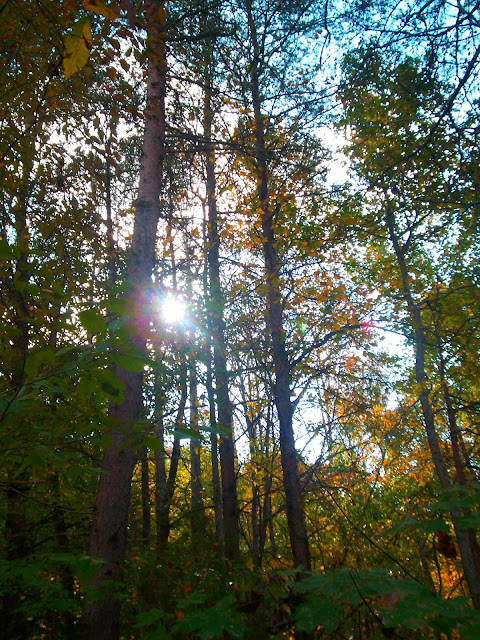 This was taken at around noon, and I'm surprised at how low the sun is this time of year. 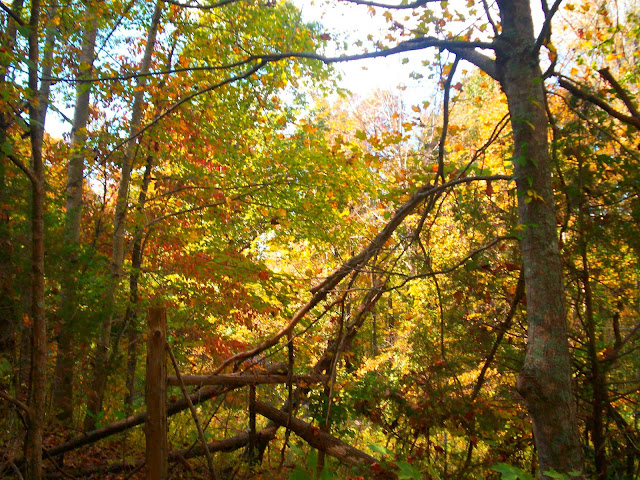 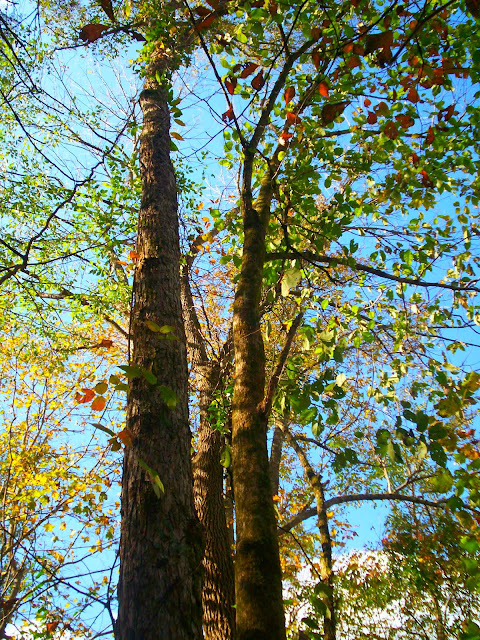 It's difficult to see on the photos just how tall some of the trees are. 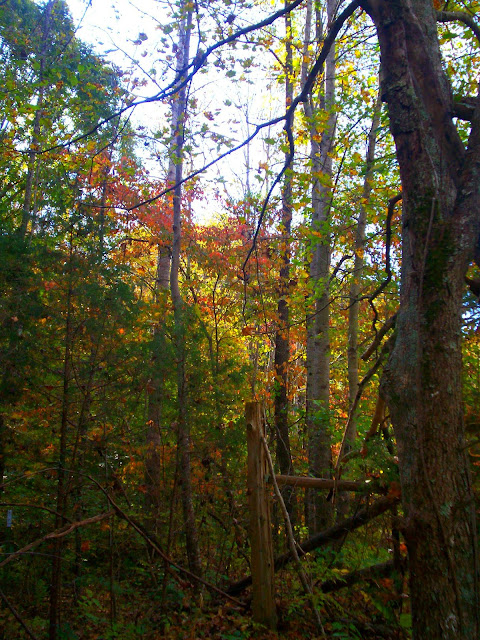 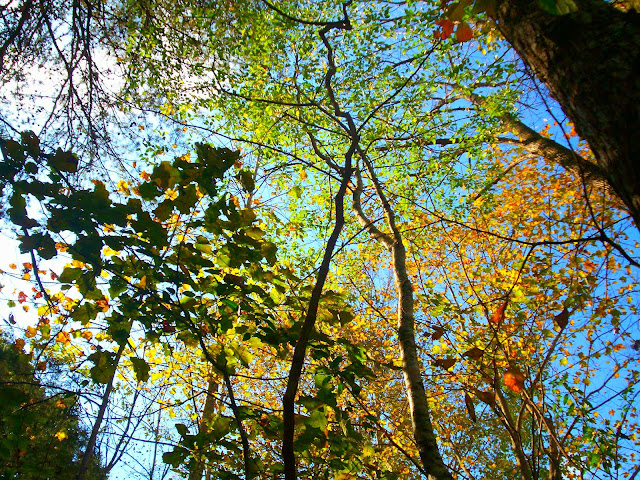 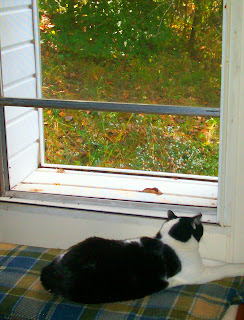 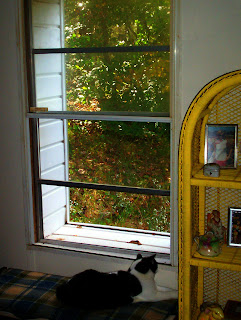 Scratch preferred to watch from a window.
Posted by Jon at 12:21 PM