ATTACK OF THE EGGS 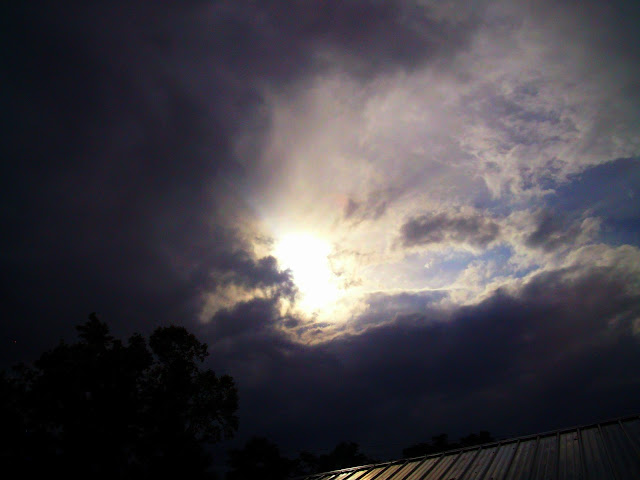 I haven't had a migraine in several months and thought I was doing really well.

This afternoon I made two HUGE egg burritos and ate them very quickly (usually I'm an incredibly slow eater, but I was starving).
Almost immediately after finishing, I got one of the worst aural migraines I ever had. I lost half of my vision and went into a semi-Panic Attack mode.

Wonder if I have an egg allergy. I eat eggs fairly often but never had this happen. Too many at once, maybe?

It's still raining. And raining and raining....every day. Kinda gets depressing after awhile. I've completely given up the idea of trying to do anything outside. The weeds are nearly as tall as the house - and, frankly my dear, I don't give a damn.

You caught me in a foul mood. There's nothing more unbecoming than a persistent blogger who has absolutely nothing interesting to say - but when I blog I'm mostly just talking to myself. You're the eavesdroppers.

I'm still having intense back problems but I've learned to live with it and deal with it. I've dealt with worse things....

What about the garage? (I'm referring to my previous post). Yes, I truly did have about three hundred boxes. I kept 40 or 50 of the very best ones (disassembled them and tied them in a bundle). And I used some of the largest and sturdiest to put under some items stored in the garage.
The rest, I tore to shreds.
Here's the makeshift trash "can" I used.
I filled it about ten times. 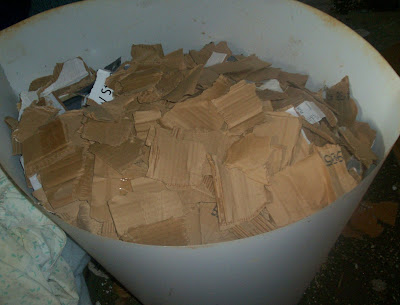 Some of you asked if now I'll have room to put the car in the garage.
Well......the garage is still full of things that I have no room for - but I've stacked them (neatly?) along the sides of the walls.
With prayers and some strategic maneuvers, I just might be able to get the car in. At least by winter.

I'm dealing with back pain, migraines, three annoying cats (but I luv 'em), wild animals trying to infiltrate the house, hordes of insects, tick bites (and yes, I have allergic reactions to tick bites - I still have one on my ankle).
I'm coping with mile-high weeds and incessant rain, and other problems that I won't even mention or you'll start feeling sorry for me....

I am in the process of (take a deep breath).....opening an online store. I won't reveal details because it will take a few more weeks (at least). It's a helluva lot more trouble than I initially thought.

Here are a few more grim photos to delight you. 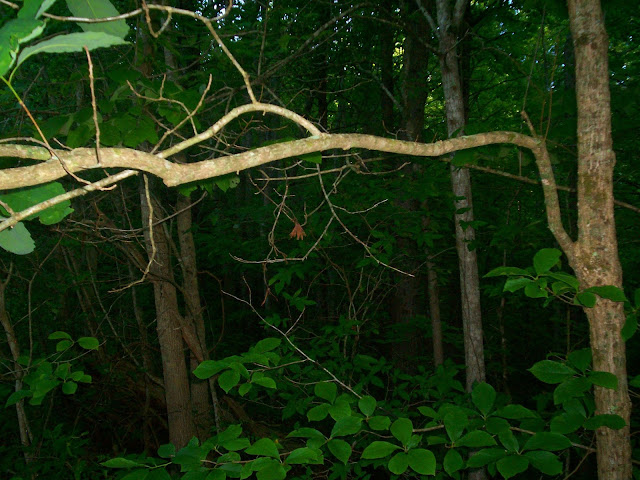 Right outside one of my windows. I never walk in the woods during the summer months - - too many bugs and creepy things. 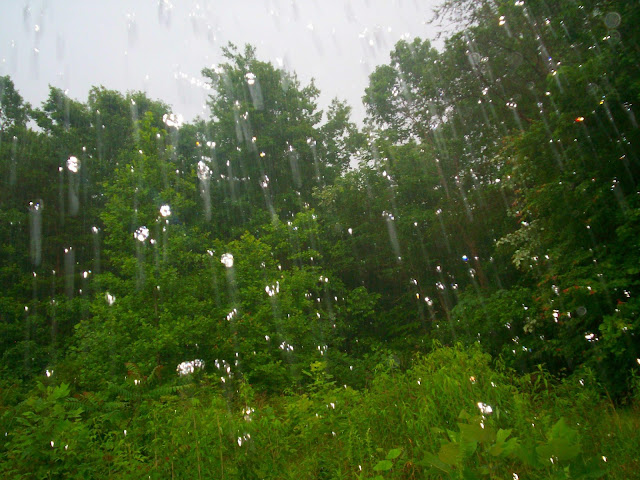 The rain this afternoon - - a view from the back porch. 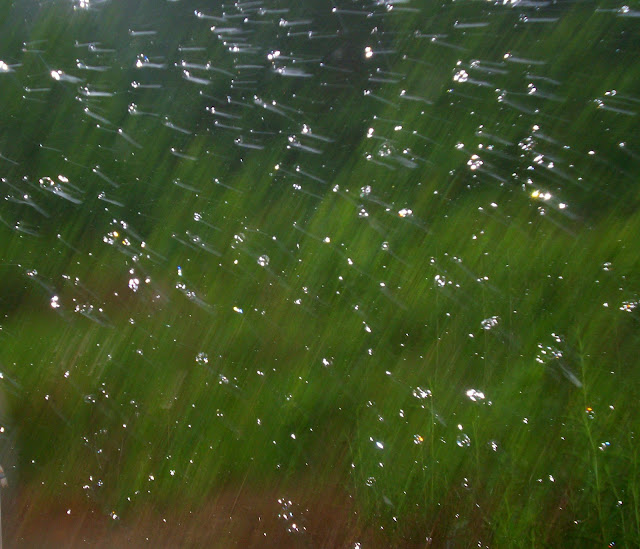 Rain and some hail 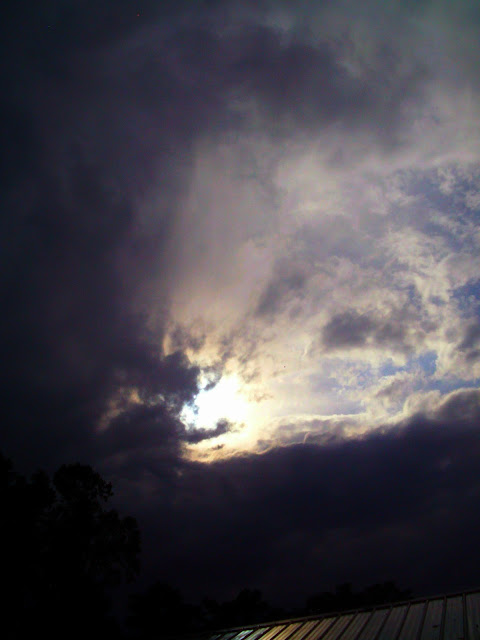 The sun, trying to peek out of the clouds
Posted by Jon at 4:28 PM