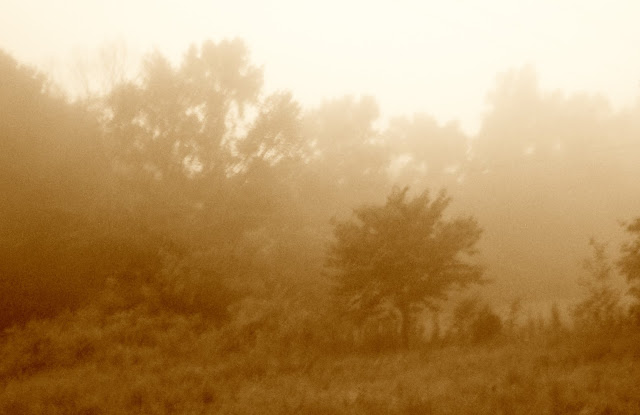 Early morning fog today, perhaps as murky as my mind....

Let's preface this by saying that it's been rainy and cloudy for the past four months. At least.
So, yesterday I decided to drive to town. Miraculously the clouds cleared, the sun appeared, and it was 150 humid degrees. About 850 degrees in the car (very slight exaggerations).
The air conditioner doesn't work properly, so I've learned to live without it.

As I was driving home on the narrow, perilous mountain road, a big truck emerged from nowhere and cut right in front of me. The truck was loaded with what appeared to be firewood.
Firewood? In July??
The driver was going about 8 miles an hour and swerving all over the road. The wood was spilling out everywhere.

In complete exasperation, I was forced to pull over and sit - drenched in sweat and fuming with fury. There's no way I wanted to be trapped in back of that Bozo on the 6,000 mile journey home (slight exaggeration).

By the time I finally got home I was dehydrated to the point of death, all the frozen food I bought was thawed,
and
drum roll inserted here for dramatic effect
I remembered that I forgot to buy soap, dishwashing liquid, and trash bags.

I'm completely out of trash bags and I desperately need soap.

Why didn't you bring a grocery list with you, Jon?

I wrote a detailed grocery list, Kemo Sabe. But I accidentally left it at home.
Are you getting old and forgetful?

No. It's not old age. All the joys of rural living have begun to erode my mind - and are systematically unhinging it. 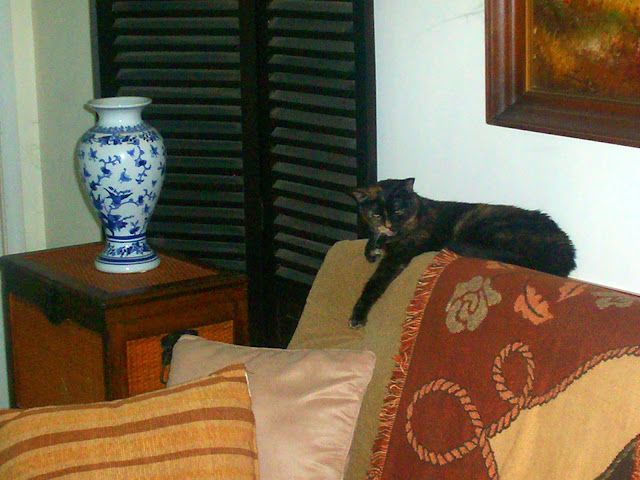 My cat Scruffy was so sick last week that I truly thought she was dying. I put on my Florence Nightingale garb and nursed her - with vitamins, vaporizers, and TLC.
She finally has an appetite again, is no longer lethargic, and is purring a lot.
Mission accomplished.
I hope.

After I (reluctantly) submitted to a Java update everything on my blog sidebar has gone haywire. The clock and the moon phases vanished and only appear sporadically. The live traffic feed is inept.

I've heard from reliable sources that Java and Firefox don't get along - which might be part of the problem.

Speaking of the sidebar, you might have noticed that I have a link to the 1992 movie Swoon (an independent film directed by Tom Kalin). I think it's absolutely brilliant
BUT
it's definitely not for everyone. People might find it offensive and confusing. Homosexuality and cold blooded murder - not exactly endearing subjects.

Let me explain:
Swoon is a deliciously dark spoof (for lack of a better word) on the true 1924 murder case of Nathan Leopold and Richard Loeb - two gay and wealthy (not to mention diabolical) Chicago teens who murdered 14-year-old Bobby Franks just for the fun of it. 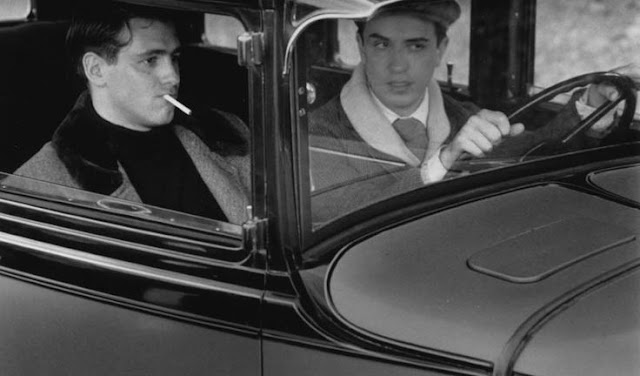