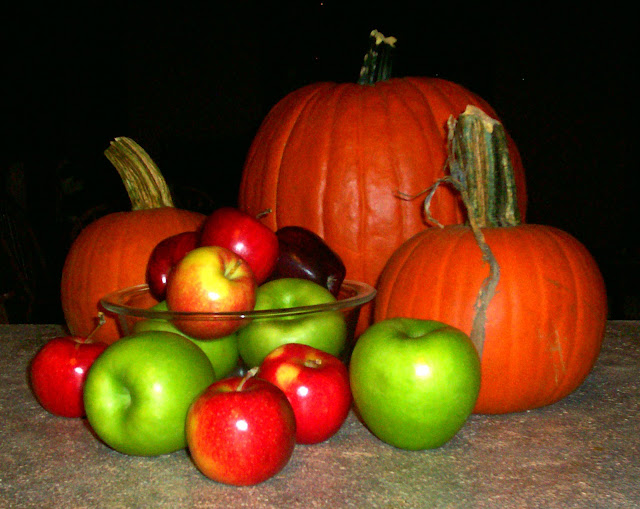 Thanksgiving is the time of year when tradition dictates that we should be greatful for our bounties and give thanks for our blessings. As a hardcore pessimist and a relentlessly dire realist, I've always found it incredibly difficult to acknowledge the bright side of life. I'd go so far as to maintain that anyone who is in a perpetual state of smiling bliss is a jackass.

Let me put it this way:
My often dour disposition would have driven the Pilgrims to suicide or murder.

Do us a favor, Jon. Take a deep breath, put on a happy face, and tell us all the pluses in your life.

Hey, Kemo Sabe - - I haven't had a happy face since Howdy Doody was on prime time TV. You've proposed a tough request, but I'll give it a shot:

Since I'm spending Thanksgiving alone, I won't have to cook an elaborate meal for a bunch of annoying guests.

Since I no longer have a TV, I won't be subjected to the intolerable Macy's Thanksgiving Parade.

Since I'm now isolated here in the Tennessee wilderness, I won't have to worry about my Texas neighbors throwing another deafeningly loud four-day-marathon Mariachi Thanksgiving drug party. And I won't have 50 screaming kids playing a 12 hour game of football on my front lawn.

Those are definite reasons to be thankful. Got any more?

Yesterday my cousin Nancy gave me a USB computer keyboard for my ailing laptop. Consequently I can actually type freely again without having to worry about the broken "I" key.

I should mention that my friend Linda offered to send me a keyboard, but I didn't want her to go through the trouble.

Way to go, Jon! You've proven that you have a heart and a soul after all!

Actually, I sold my soul to Lucifer during an after-hours reefer party in a back room at the Drake Theater in Hollywood 30 years ago - - but that's another story for another time.

You tend to baffle and bewilder, Jon.

That's only part of my charm.

Now, how about the minuses? What are the things that irk you?

Hey, I'm still wearing my damn happy face. If I ever listed the things that irk me, it would take several weeks, at least, and my three (or is it four) blog readers would perish from boredom.

It should be delightful, since I usually love my own company. There are occasions when I've considered killing the three cats, but this devious inclination tends to subside when my Prozac doses are increased.

You're joking, aren't you?

Have you decided what you'll be eating on Thanksgiving?

Holidays and traditions irk the hell out of me. I have a turkey but I'm saving it for future culinary enjoyment.
I'll be eating roast chicken, with wild rice, green beans, cranberries, and rolls. And I just might bake pumpkin bread.

Save the flattery. You're not invited. 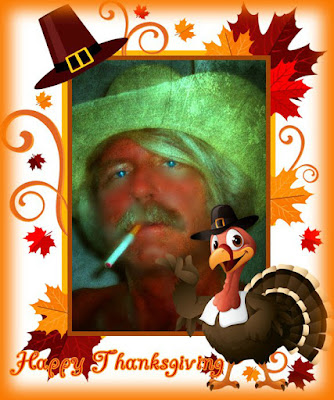 No, I was not a passenger on the Mayflower