A mass shooting at a gay nightclub in Orlando, FL occurred last weekend. Nearly 50 people were killed and many more wounded. The gunman, mercifully, was killed by police. This is purported to be the deadliest mass shooting in U.S. history.

One thing to consider:
The maniac who slaughtered these innocent people wasn't a white, straight, Republican, American male.

He was a so-called "Muslim American" who pledged his allegiance to the Islamic State of Iraq and the Levant (ISIL).

Okay, this remark is purposefully snide  -  - but perhaps we might consider seriously screening the foreign masses who live here and reap the benefits of our country, rather than always trashing the evil white American man. That's the way I feel.
(and you're fortunate I didn't say everything that I'm thinking......)

A horrifying freak accident  happened at Virginia Beach, VA last week. Lottie Belk, 55, was killed when she was impaled by an airborne beach umbrella. Ironically, she was celebrating her birthday at the beach with her family. A strong gust of wind sent the umbrella hurling toward her and the sharp handle pierced her torso.

This tragedy ignited a particular memory that I have from long ago. It happened when I was twelve years old in California. My mother and I were spending the day at Huntington Beach (my father hated the beach and seldom went). 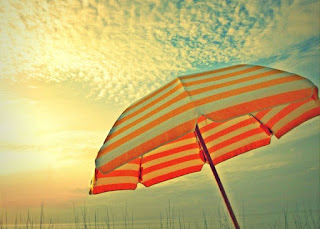 We were both laying in the sun, on separate towels, only about a foot or two apart. Suddenly, a fierce gust of wind swept across the beach - launching things into the air. A gigantic beach umbrella was twirling right at us, and the sharply-pointed wooden handle harpooned in the sand directly between our two towels - only inches from us.

I'd never seen anything like it. If it had landed only a few inches to the right or left, one of us would have definitely been impaled. This was no cheap, Chinese plastic parasol from Walmart. It was a massive, very heavy vintage umbrella - and the thick wooden handle had a sharply-pointed end.

The umbrella was retrieved by its owner and he apologized profusely. I think my Mom and I were too stunned to say anything. Twenty or thirty years later we still talked about the incident.
"Remember the time we were almost impaled at the beach?"

I honestly don't like blogging about news stories, but today I made an exception. I'm not a newsie-type person.

So what else is new? I've sobered up since my trip to town (see previous post). It's still in the 90's and blazingly hot. My back still hurts (screamingly so) but I can crawl around.

Spell Check seems to be intolerant to the word "blazingly" , but I don't give a crap.

I've been trying to tackle the fields of weeds, some of which are nearly as tall as myself. It's really a futile task with the enormous amount of rain here. I'm taking advantage of these rare dry days.

This morning, just before dawn, I sprayed weeds. It was still dark but I was chased by wasps and bees. Coyotes howled in the distance.

My strategy is to spray, then whack with a weed wacker, then mow. If I'm still alive.
Actually, I should probably weed-wack, mow - and then spray.
Whatever. 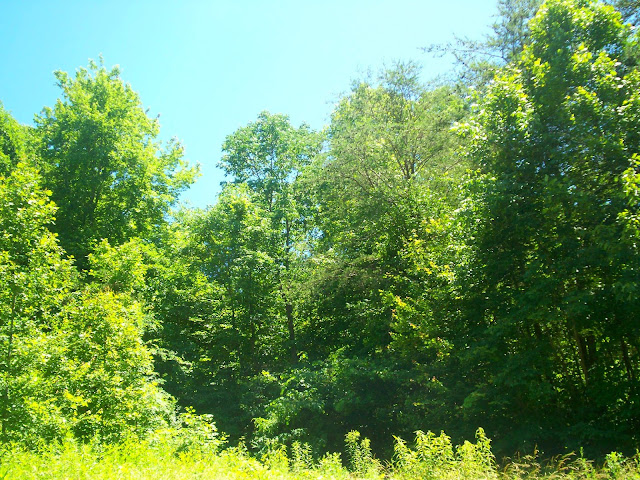 Random glimpse of the back yard - not much to see

This afternoon I was out amongst the weeds again, half-naked, in the blazing sun (I threw in the half-naked part just to enhance your visual imagination).

I went back to the house sweat-drenched, bug-bitten, and deliciously sun-burned. And extremely queasy. The heat has a nasty way of creeping up on you. Had to drink half a gallon of water and revive by a fan.

This blog post is going nowhere. I had initially planned on writing about music. Maybe next time.

It's sunset right now. I'm going to make some ice tea and homemade potato salad.
Posted by Jon at 8:11 PM