AN ENCOUNTER WITH LOHENGRIN

I'm trying a new format with my piano music tapes, which is SoundCloud rather than YouTube. Since I've never done this before - and have no idea exactly what I'm doing - I can only hope that it works.

One problem: I don't know where the hell to adjust the volume...
make sure your computer volume is turned down

This is my piano transcription of the Prelude to Act III and Bridal Chorus from the opera Lohengrin by Richard Wagner.

When I was a pianist in California I spent a great amount of time as an accompanist (for singers and instrumentalists) and also occasionally as a rehearsal pianist for ballet and opera productions.

This particular tape was made during an operatic rehearsal of Lohengrin at USC.
At the time of this recording, I didn't have a piano score of the opera. I played this at sight from the original orchestral score - - which is an extremely (and I mean extremely) difficult thing to do.

My right hand was nearly ravaged from playing those endless repeated notes (which are originally written for the strings). If you listen very carefully, you might be able to hear me turning the pages of the score as I played.

It's nearly six minutes long - which hopefully won't be too boring (or excruciating). 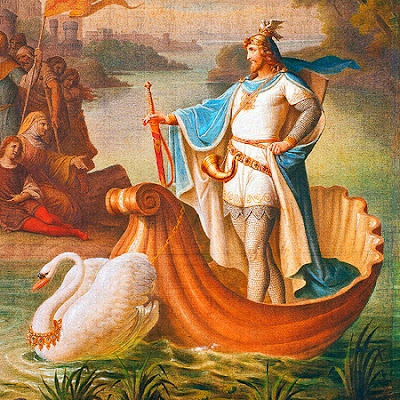 Lohengrin
the Knight of the Swan 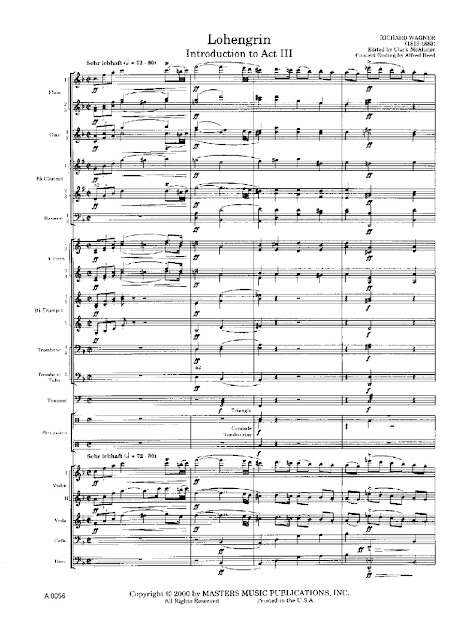 The orchestral score from Act III of Lohengrin

a link to my other blog:
http://cabinetofcurioustreasures.blogspot.com
Posted by Jon at 5:19 PM