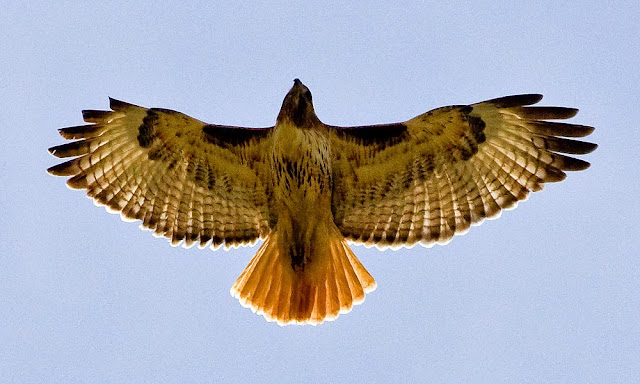 Does anyone recall Lark Ascending, by Ralph Vaughn Williams?
A few of you raised your hands, and I'm proud of you.

That's nothing compared to a hawk descending.

Let's preface this by saying that my back was destroyed last winter from falling on the ice so many times. Mornings are the worst. When I first get out of bed I can hardly walk from the searing pain. I literally have to force myself to do chores.

Like cleaning the damn litter boxes. For the cats. Not me. I usually empty the boxes outside, far away, near the abandoned realms of the meadow.

And if anybody tells me that this is bad for the environment, I'm gonna slap you with my used pooper scooper.

So, I'm in agonizing pain from my back. I'm carrying a litter box brimming with cat shit, limping like Quasimodo, heading for the meadow.

Suddenly, out of absolutely nowhere, a huge hawk swoops down right at me, nearly grazing my head. I could feel the aerodynamic breeze.

How do you know it was a hawk, Jon?

Because a sparrow doesn't have a five-foot wing span. And I've seen this hawk on previous occasions. He resides in the neighborhood.

I must have looked like an easy target - - shuffling like Methuselah and toting a box of cat crap.

I think the swoop was merely a friendly warning. If the hawk wanted to, he could have plucked me from the meadow and taken me to his (her?) nest.

When I first moved to the mountains, I innocently thought that I would be living an idyllic existence - like Heidi or the Von Trapps. Instead, I'm riding the Dante Express to Hell.

Yesterday I was attacked by a hoard  HORDE of butterflies. Yes, I said butterflies. When I stepped outside, I was immediately besieged by an aggressive and colorful mob of lepidopterans.They were intent on intimidation.

The hawk was probably laughing.

My back yard - - a haven for hawks and butterflies


So, Jon, what did you do over the long Memorial Day weekend?

Well, I spent some time wondering how I'm going to fit 4,000 square feet of unpacked possessions into a 1,200 sq. ft. house.

I considered getting a helmet to wear outside - - along with a few butterfly nets. 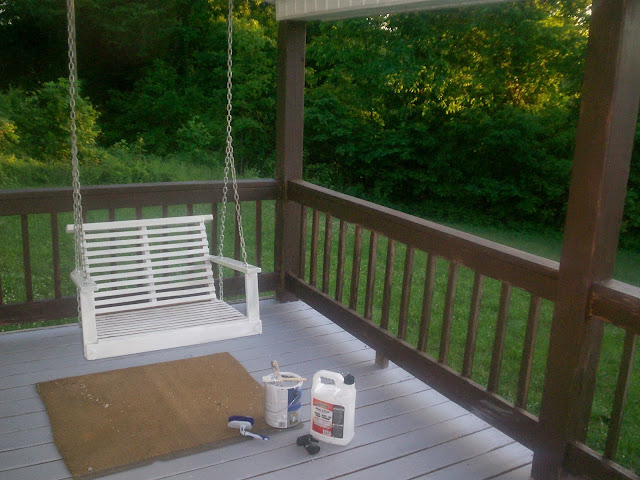 In the process of painting the swing

I painted my front porch and quickly ran out of paint. The back porch will have to wait.

I went through a pile of my old piano compositions, which I mostly wrote between the ages of 16 and 25. I haven't looked at them for decades and was stunned at how many things there are:
24 Preludes (in all the major & minor keys), 24 Symphonic Etudes, Sonatas, fugues, valses, variations - -
much more than I ever remembered.

If I hadn't thrown these manuscripts into the trunk of the car when I was moving to TN, they would have undoubtedly disappeared - - along with all the other stuff that the movers "lost".

A small sample of my old compositions

I attempted to play some of them
this afternoon 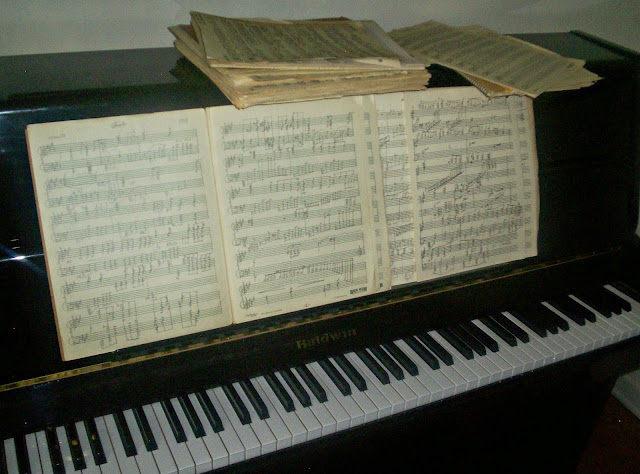