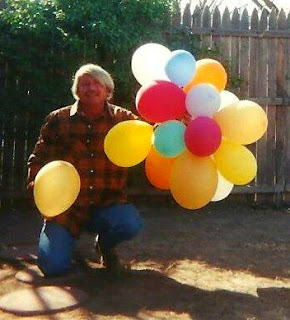 Me in Texas, holding some leftover balloons from a New Year's Eve party.


New Year resolutions are well intended but highly unrealistic. I doubt if many people keep them. I usually break them within a few hours. Or minutes ("I'll never curse again").

This year my objectives are few:
Stay alive
and maintain what's left of my sanity.
I suppose I could throw in:
more organization
and less procrastination.

Put the Robert E. Lee statue back on my front lawn.

Wear my "I Love Milo" t shirt to the next Antifa rally.
(you'll have fun Googling that)

I'd better stop now before I suddenly have a resolution list.

To be brutally honest, this is the first time that I'm dreading the prospect of a new year and seriously wondering if I'll be able to summon the motivation to successfully navigate through it.

It's no secret that I've been deeply depressed for a long time - over some very real issues that are disturbingly pressing. If I ever revealed the problems that I'm presently burdened with, even my detractors would have sympathy.

And I'll readily admit that my problems have quadrupled (at least) since I moved to this friggin place in the wilderness. Rural life ain't for sissies.

But no need to panic. It's not the first time I've been plagued with problems. Life is a bitch that kicks us in the ass when we least expect it - and then kicks us again when we're down.

The only thing that really frightens me is in recent years I've become very bitter and emotionally bankrupt. I seem to have misplaced my heart and soul.

On the bright side:
I've actually been selling things in my online store (many thanks to some bloggers). I think I've sold about thirty items so far  - which is astonishing, since my initial expectations were low.

On the gloomy side:
Scruffy and Bosco have the "sniffles" again. I'm surprised that the cats don't have pneumonia from living in this damp, frigid house.

Scruffy sneezed so enthusiastically the other night that she knocked a brass antique  scale off a shelf and broke it. I couldn't believe it! Her powerful sneezes caused her to lurch forward and the scale went into orbit!

The scale belonged to my parents and I remember it when I was a kid in California. Well - on the bright side, it's one less thing I'll have to dust.

I'll supplement this heartwarming story with some exciting photos: 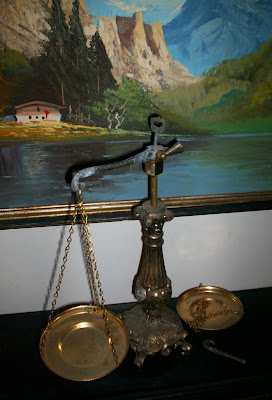 Busted! Half of the top broke off. 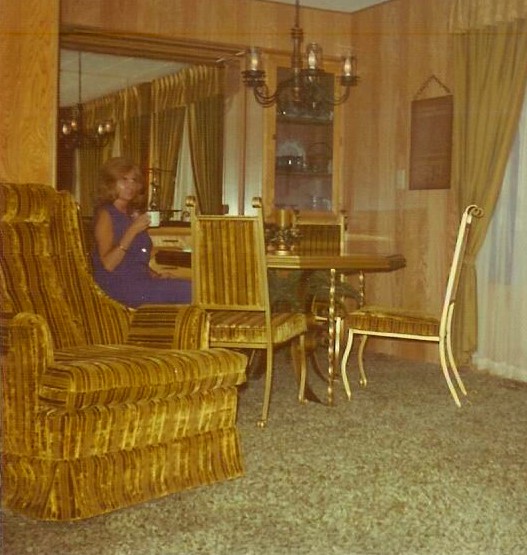 An old California photo of my Mom having breakfast. The antique scale is on the hutch directly behind her, right above the coffee cup she's holding (this is a faded Polaroid and the colors are rather distorted).

I have no plans for New Year's Eve, except to keep warm. The temperature is supposed to drop to near zero tonight. Fortunately I have plenty of food and supplies for the upcoming frigid week.

I'll undoubtedly write another post late tonight (it's presently about 2:30 a.m. on the last day of the year).

I hope your New Year's Eve will be warm and wonderful!
Posted by Jon at 2:46 AM