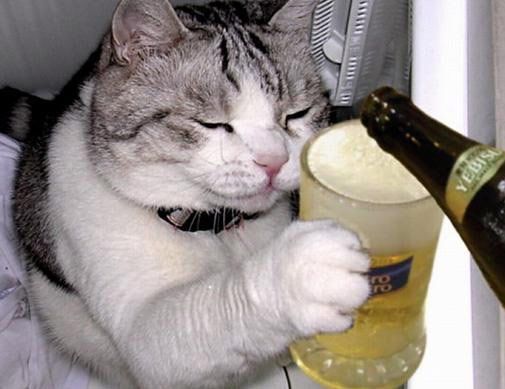 Hold onto your bras and jockstraps, I'm ready to do another Beer Rant and it could get very rough.

So, what exactly is a Beer Rant, Jon, and why would you want to have one?

I'm glad you asked.
A Beer Rant is when I've ingested so many beers that I become bold enough to abandon all blogging etiquette - - and suddenly have the courage to say EXACTLY what I want, without worrying about who the hell I'm going to offend.

It's a great feeling of freedom - - a release from the raw fear of critical chastisement.

You don't have any critics, Jon. You're too perfect.

Being perfect draws critics like flies on a buffalo booger. They're usually the invisible lurkers who never bother to comment. They despise my blog but read it with a masochistic fervor, gleefully hating every word (like that twerp from Montana - you know who I'm talking about).
They're also probably taking notes so they can write their own bestsellers. But it will never work. They can try to copy me but they can't think like me.

You're dangerously obsessed with this whole blog thing, Jon. It's like an ugly psychological flaw.

Problem is, I seem to attract people who prefer to admire (tolerate?) me secretly, but don't want to be publicly acknowledged with associating with me.

Look him up. That's what Google is for.

I had a very rude awakening this morning. Remember Bosco's flying leap? Happened a few months ago when he accidentally landed on my face when I was sleeping and rendered my intriguing features into a hideous bloody pulp.
Well, he struck again this morning.


I was snugly ensconced in Dreamland, when Bosco jumped onto the bed and landed directly on my.....Family Jewels. Almost busted my balls.

(my shrieks were heard in Puerto Rico)

Let me put it this way:
I can now sing the role of the Queen of the Night in The Magic Flute.

Think about that for awhile. It will eventually get funny. 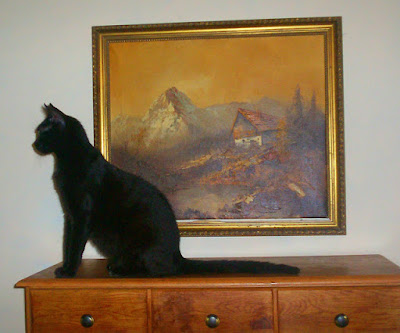 I had to drive to town today, which explains why I ingested so many beers. Alcohol is a buffer between my inherent cowardice and the terrifyingly perilous mountain road.

I had to go today for two reasons:

1. I was out of cat litter, cat food, milk, bread, and toilet paper.

2. This was an extremely rare dry day. The weather forecast is predicting rain for the rest of the week and for the next six months. That's the usual Tennessee prediction.

The only place wetter than Tennessee is South Vietnam in the monsoon season.
And Chris Christie's armpits.

I also had to buy insecticide today. I always get the 10 gallon Industrial Peruvian Jungle brand. It'll last me about two weeks.

The drive into town always confirms something that I surmised for a long time: woman drivers are FAR more aggressive than men. The genders have become askew. It's alarming.

There are two distinct kinds of drivers on the long and winding road that goes from my homestead into town:

1. Extremely impulsive, impatient women who almost always drive SUVs - -  one hand on the steering wheel - - the other hand clutching a cell phone or a cigarette. Tailgating at 85 mph. Riding two inches from my bumper (or my car's bumper).

2. Extremely passive, lethargic men who always seem to drive a truck - - and are always directly ahead of me on the 50 mile stretch of a No Passing single-lane road. Going 10 mph. Today the truck driver in front of me was going 8 mph. I was almost ready to get out of my car and help push him.

When women get behind the wheel they develop Penis Power.

When men get behind the wheel they become Pussies.

Is this rant getting too boring?

You couldn't be boring if you tried, Jon.
But this drunken stupor of yours is inadvertently revealing a deeply-rooted hidden hangup: you seem to resent powerful women. Is that possibly the reason you don't like Hillary? 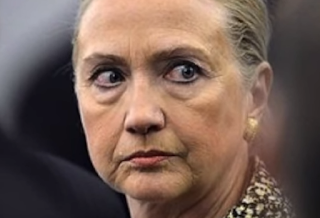 You'd better get used to the fact that she's going to be our next President, Jon.

There goes your 32 "followers", Jon. Within half an hour it will be down to 3. Or 4 if you're lucky.
Now, admit it. Won't it be thrilling to finally have a woman in the Oval Office?

We've already had women in the Oval Office. They were giving blow jobs to Bill.

I'll have you know that Hillary has been compared to Eleanor Roosevelt.

Face the facts, Kemo Sabe - the only thing Hillary and Eleanor have in common is orthopedic shoes.

You're truly unbecoming when you're drunk! Your hideous side is showing.

Yea, and your crazy side is showing.
I'll be sober tomorrow. You'll be crazy the rest of your life.

I stole that line from W.C.Fields. I figured it was a fairly plausible way to end this post.
And very possibly my blogging career. 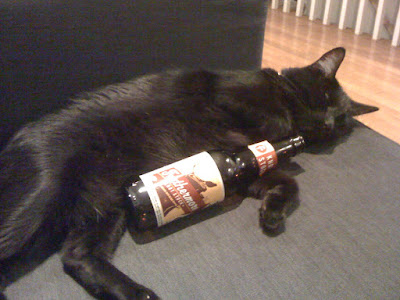 Check out the Headless Queen on my photo blog:
http://cabinetofcurioustreasures.blogspot.com
Posted by Jon at 12:20 AM