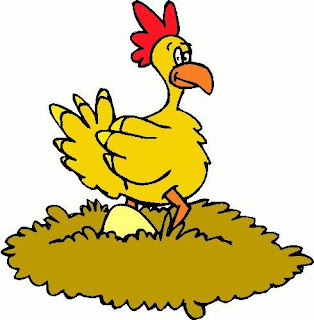 I recently said that I wasn't going to watch the Academy Awards this year. Well, in a shameful moment of acute moral relapse, I caught the last half hour (on live stream) to see what film won for best picture.

As fate would have it, this turned out to be the best part of the entire show. It was the worst debacle in Academy Award history - and has Hollywood Bigwigs spinning on their pompous asses, with egg dripping from their facelifts.

Allow me to explain:

The presentation for Best Picture is always the most eagerly-awaited part of the entire long and tedious ceremony.

The audience already sat through four excruciating hours of the usual insincere ass-kissing accolades, and listened to the usual weary, threadbare Hollywood rhetoric: including that  written statement sent to us by Iranian film director Asghar Farhadi who refused to attend the ceremonies because of President Trump's "inhumane" immigration ban - - and because of our "disrespect" for Muslim countries.

Yea, right Bubaloo. These are the same countries who execute gays, enslave women, enjoy public beheadings, and hate everyone other than themselves.
Go suck a camel hump.

Aw, settle down and breathe easy, amigos - I'm getting to the good part. 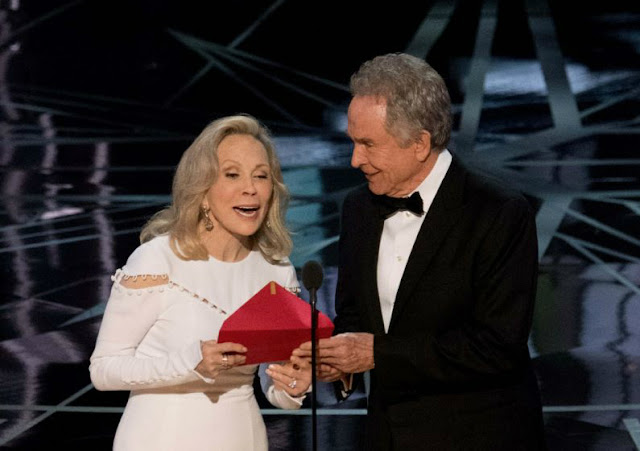 Finally the moment has arrived to announce the Best Picture award. The award presenters are Faye Dunaway and Warren Beatty - who were resurrected from the Tinseltown Boneyard because they starred in the film Bonnie and Clyde, which was made fifty years ago (yup - 1967). 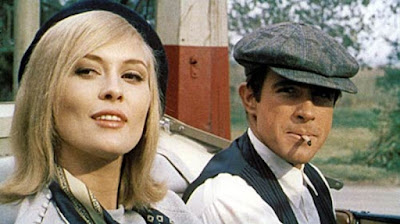 
Warren Beatty opens the hermetically sealed envelope to announce the winner. He looks at the contents, fumbles around, and inexplicably hands it to Faye Dunaway. Everyone thinks he's either goofy or senile (which wasn't the case).

Faye glances at the envelope and quickly announces that the winner for Best Picture is La La Land.

Before the words leave her lips, a stampede of La La participants crowd onto the stage - and the babbling Thank You speeches begin.

While the La La recipients are in the midst of giving profuse thanks to everyone in their entire lives - - some flustered bald guy emerges out of nowhere with the devastating news that La La Land didn't win for Best Picture. It was, in fact, Moonlight that won.

While the La La bubbles were bursting in abject confusion, the Moonlight participants stampeded the stage and commenced with their own barrage of Thank You speeches.

Chaos ensued. It was a Hollywood epic worthy of Cecil B. DeMille.

The raw - not to mention embarrassing - fact is that the wrong envelope was given to Warren Beatty. In it contained the proclamation that Emma Stone won for Best Actress (which indeed she did). But she already accepted her Oscar hours ago (or so it seemed).

Faye Dunaway saw the name Emma Stone (for La La Land) and assumed that La La had won for Best Picture.
It was an incredibly ugly scene - but neither Beatty nor Dunaway can be blamed for it.
Some Jackass behind the scenes can be thanked for the Big Boner.

My own personal thoughts are that the Russians are behind it. I have no doubt that Vladimir Putin hacked the Academy Awards.
I demand a recount.
Moonlight might have won the electoral vote - - but it was La La Land that won the popular vote.

I plan to go out tomorrow to riot in the streets, burn buildings, and very possibly loot.


Here's the blunder on video, in case you want to see it. I got this from YouTube.